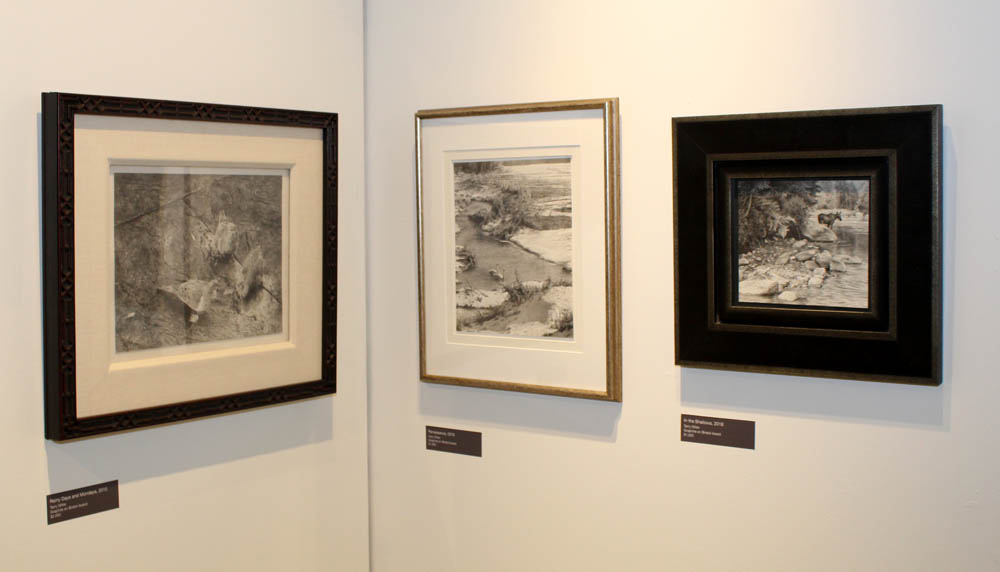 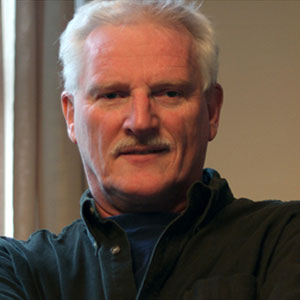 Born in Iowa just before the midpoint of the 20th Century, Terry Miller’s professional career as a fine artist began in 1990 after ten years of teaching in Special Education and previous to that, many years of involvement with industrial and architectural design in New York City. During those early years, he worked at honing the skills he was born with as well as those refined in art school by working in “off hours” on drawings based upon his many travels across the North American continent as well as numerous trips to Africa focusing upon the wildlife encountered in study.

After a two year residency at an art museum just outside of New York City, he moved to Maryland in 2001 where new inspirations, brought about by exposure to the more domestic side of nature and the animal world, as observed in the hills and valleys of the central and western counties of the state, have become the basis for much of his current studio output.

Working exclusively in various grades of graphite, he continues to portray his personal experiences in the field through delicate line work and strong textural contrasts that predominate in his chosen black and white medium. Over the last decade, a number of his works have been spotlighted and included in the last nine volumes of North Light Books ongoing series, Strokes of Genius: The Best of Drawing. During the summer of 2008, the Woodson Art Museum honored Terry with a solo exhibition, Unknown Bridges, which included nearly 40 of his works based upon the more abstract nature of bridges and their structure juxtaposed with subjects from the animal world. In the fall of 2013, the Woodson also honored Terry and his graphite work by naming him as their 33rd Master Wildlife Artist. In 2015 his work earned him the Award for Monochromatic Work during that years’ edition of the David Shepherd Wildlife Artist of the Year competition held at the Mall Galleries in London. 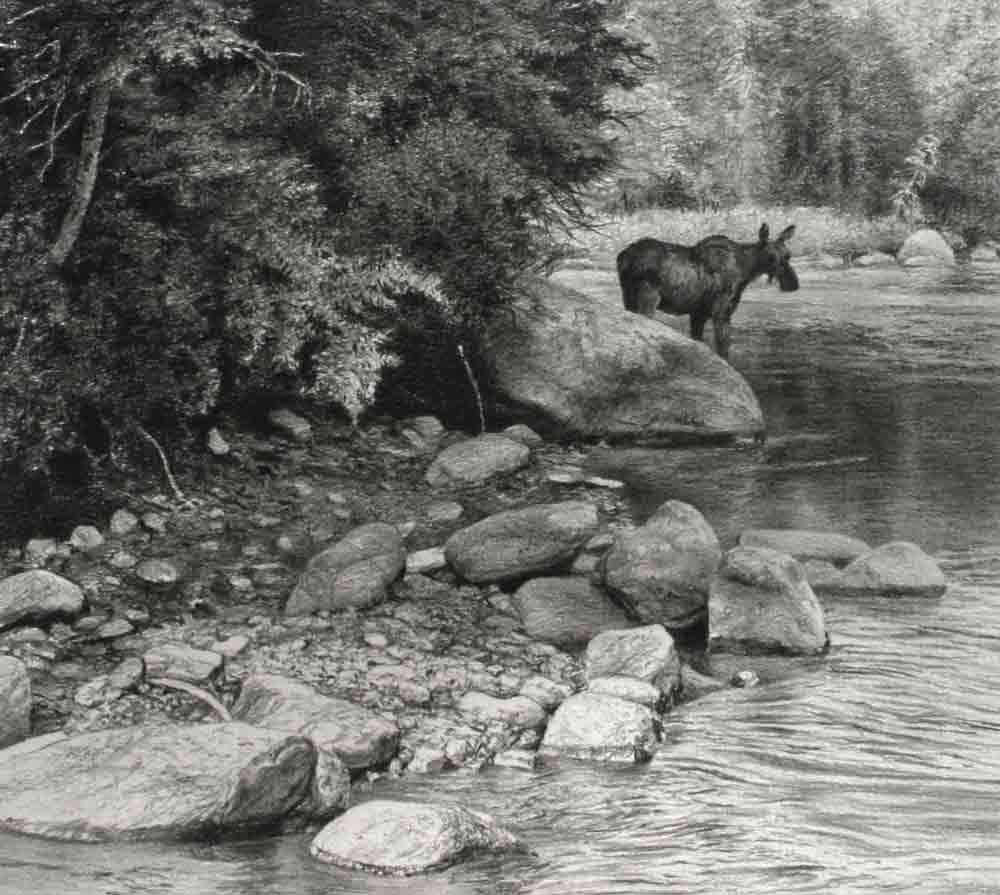 I often like to portray a special moment in nature, the kind of moment that is frequently experienced while out and about, hiking or wandering through a natural landscape. when something unexpected catches ones attention. Those are moments of discovery and should bring a smile to ones face. 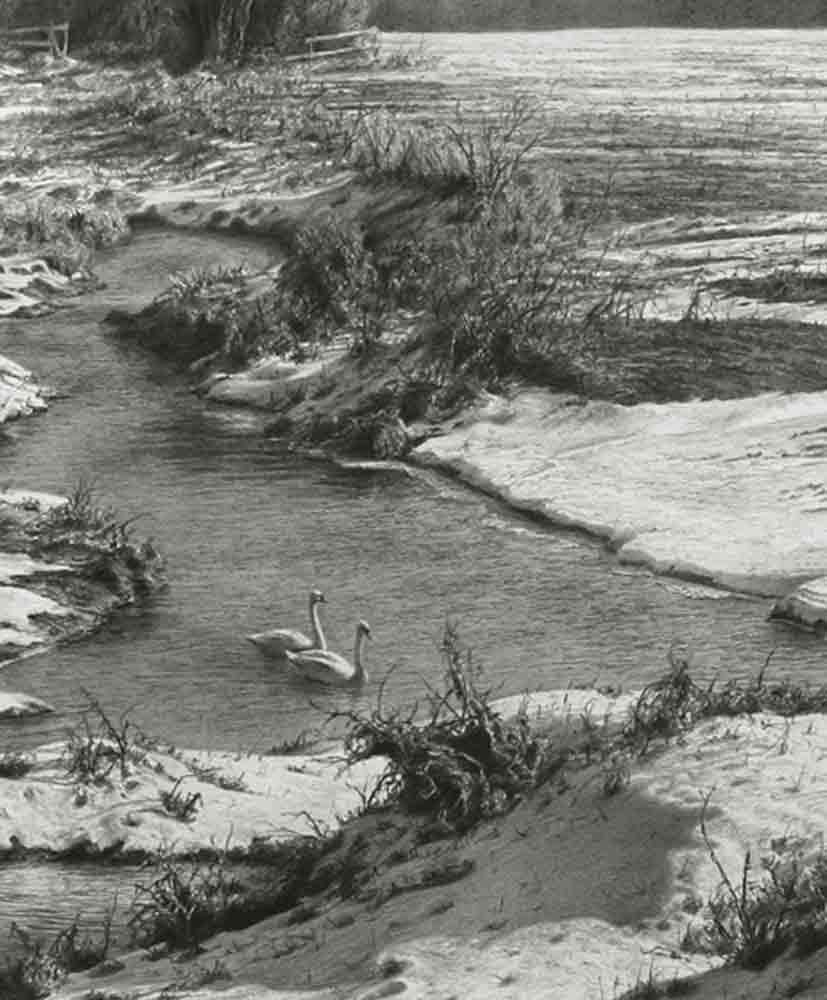 Sometimes a title comes before the drawing. In trying to figure out a way to show renewal or an indication of rebirth, what better way than to consider the renewal of spring when all in nature comes back to life after the sleep of winter. Snow may linger, but new sprouts begin to appear and creatures of the animal world emerge and return to their traditional habitats. 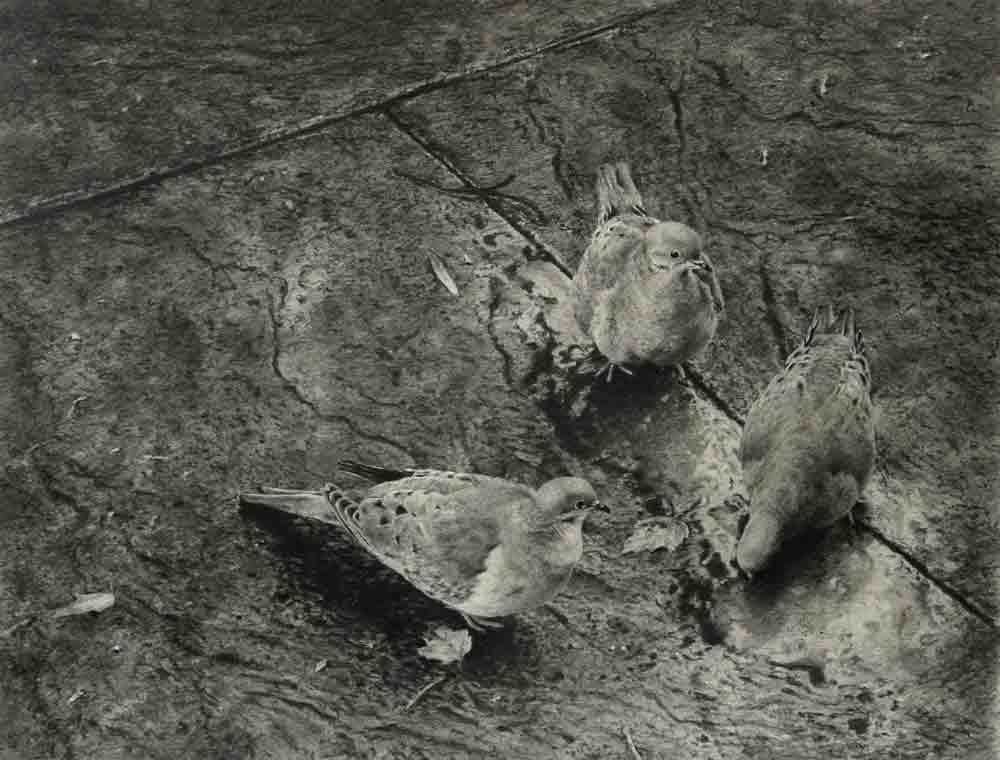 I enjoy watching the birds that come to my backyard feeders and mourning doves are the most prevalent flyers that I see on a daily basis. I use them as subjects quite frequently and am always looking for ways to portray them in a unique way.