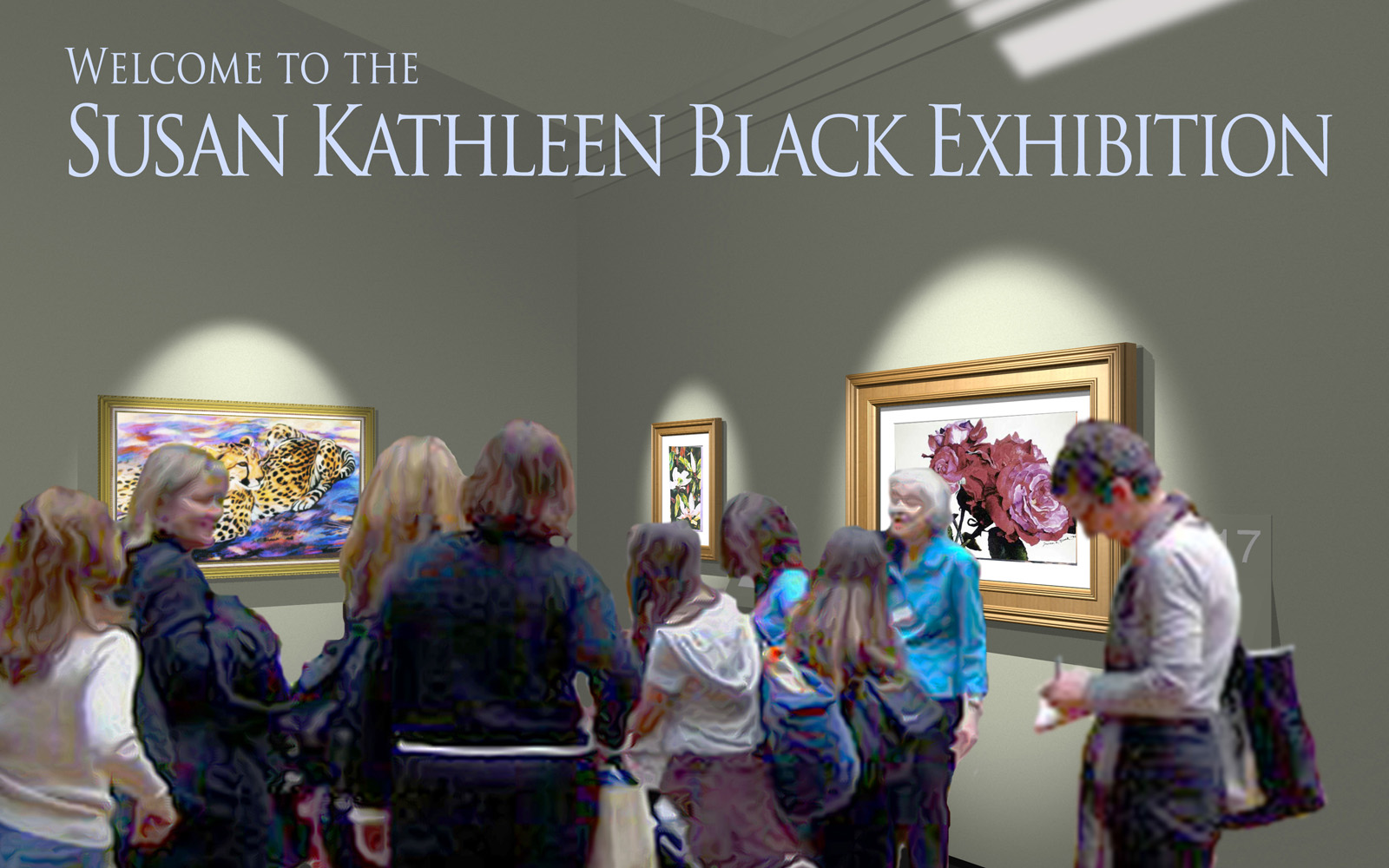 Susan Kathleen Black lived an amazing life. In the short span of 10 years, and beginning at the age of 42, she produced nearly 200 major paintings while pursuing a full-time career with Continental Airlines. What is equally extraordinary, is the swiftness with which she advanced her talent, becoming adept in all the major mediums. The rapidity of her acceptance as a peer among exceptionally talented equals is also notable. Susan’s paintings of florals and wildlife quickly became widely collected, while editors sought her out for inclusion in major publications. Susan, herself, was more amazed at all this than anyone else. It was a dream come true.