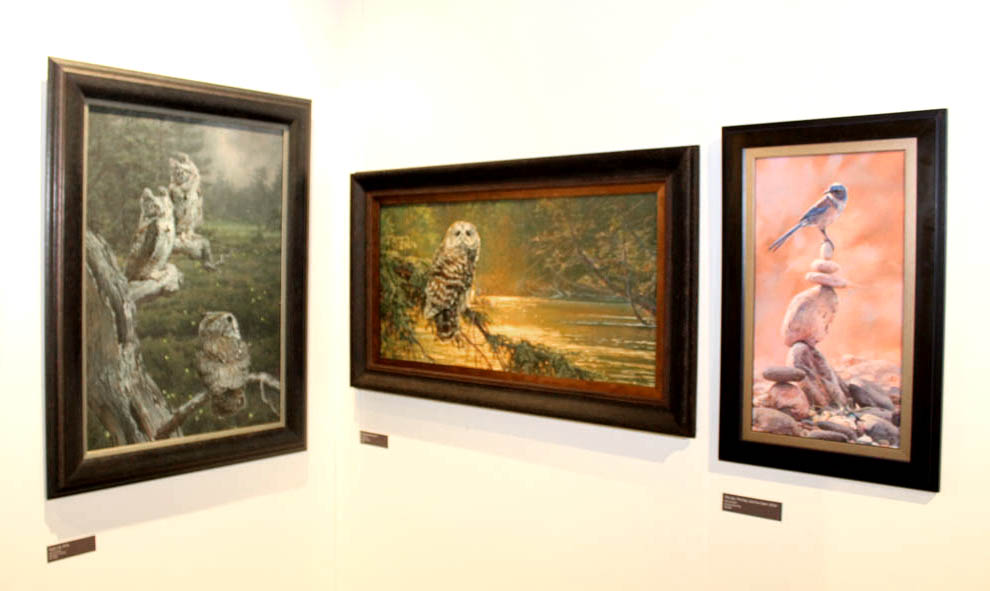 My artistic inspiration has always been about animals. It is what makes me happy in life. I like to be around them I like to watch them and I like to paint and draw them. I can only hope that some of the paintings that I have done will allow people to view them different and new way. I believe that in portraying an animal’s character or its trials and tribulations in life  and in some cases, even its humor, will allow people to understand that we have more endearing similarities with our fellow creatures than we might think. 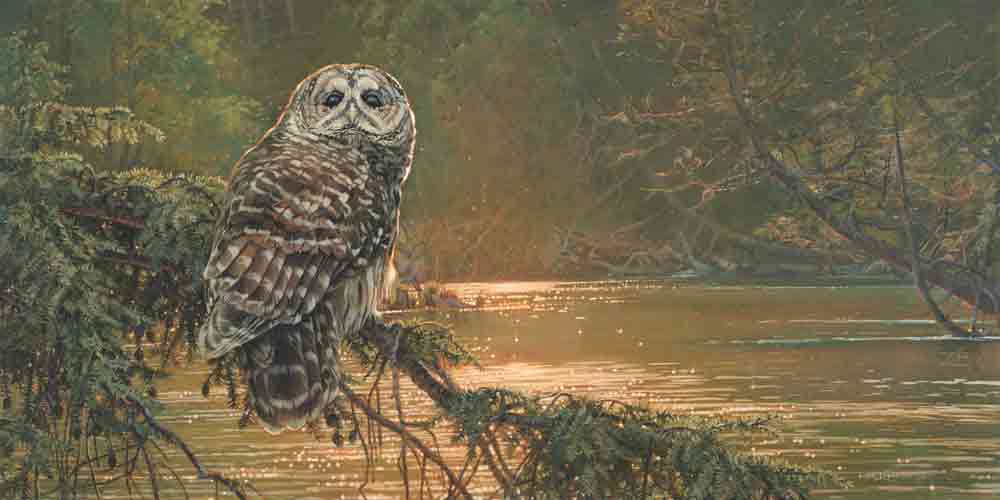 Barred Owls have always lived close to my home. Currently we have them in our neighboring forest. I love to hear them call in the night. It is not unusual however, to see or hear them at twilight or the break of dawn. Barred owls don’t mind water and have been known to snag an occasional fish. All owls have a soften front on the leading edge of their flight feathers. This allows them to fly silently and attack prey by surprise. The Barred Owl’s eerie call, “Who cooks for youuuuu, whooo cooks for youawwl?” is common to hear in the northern woods. As a young girl, I found a nest of Barred Owls one spring. I kept my distance and watched them till they fledged that summer. Since then I have always had a soft spot for this beautiful nighttime raptor. 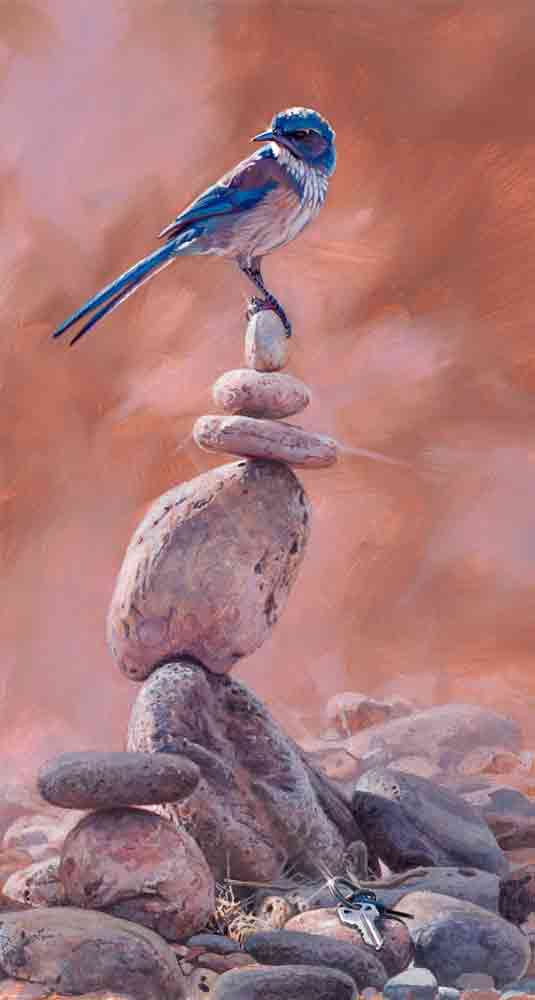 The Jay, The Key, and the Cairn

Scrub Jays are intelligent and attracted to shiny objects. This fellow is no exception. The fallen set of keys have made this Jay’s day! Unlike the unfortunate hiker that lost them and will be calling a tow truck. Rock cairns are carefully stacked stones designating hard to see trail turns for hikers and wanderers. This unique stack was from “Buddha Beach” near Cathederal Rock in Sedona. I liked this rock arrangement and thought it would double as a perfect contemplation spot for a mischievous bird. 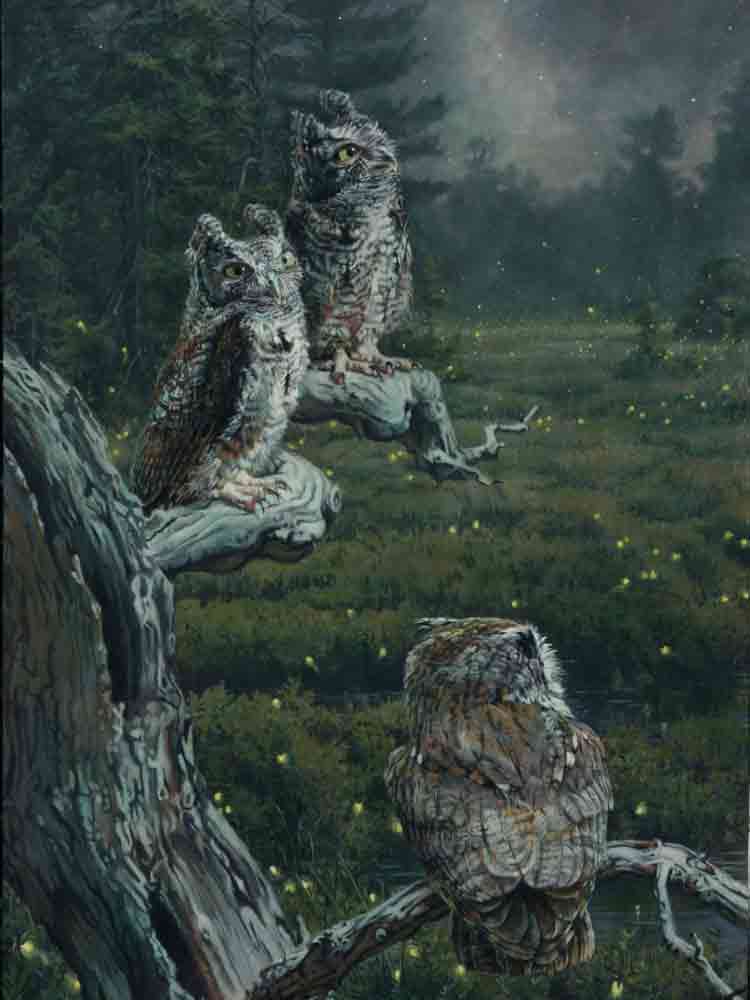 I wanted to do a painting that combined two of my most favorite things in a nocturnal setting. “Nightlife” does that. The young Screech Owls were rescued by the Animal ARK of Houghton Lake Michigan. The fledgings were later released while the mother screech owl remains at the ARK as an educational bird.

As a child, Fireflies were a symbol of fun and mystery. They still carry that same magic for me. Fireflies, like Bees and many other insects are on the decline due to the over use of pesticides. People do not realize, pesticides that kill mosquitoes also kill good insects and arachnids. Fireflies are also confused by human “Light Pollution”. Outdoor lighting overpowers the Firefly’s bioluminescence displays during their mating periods.