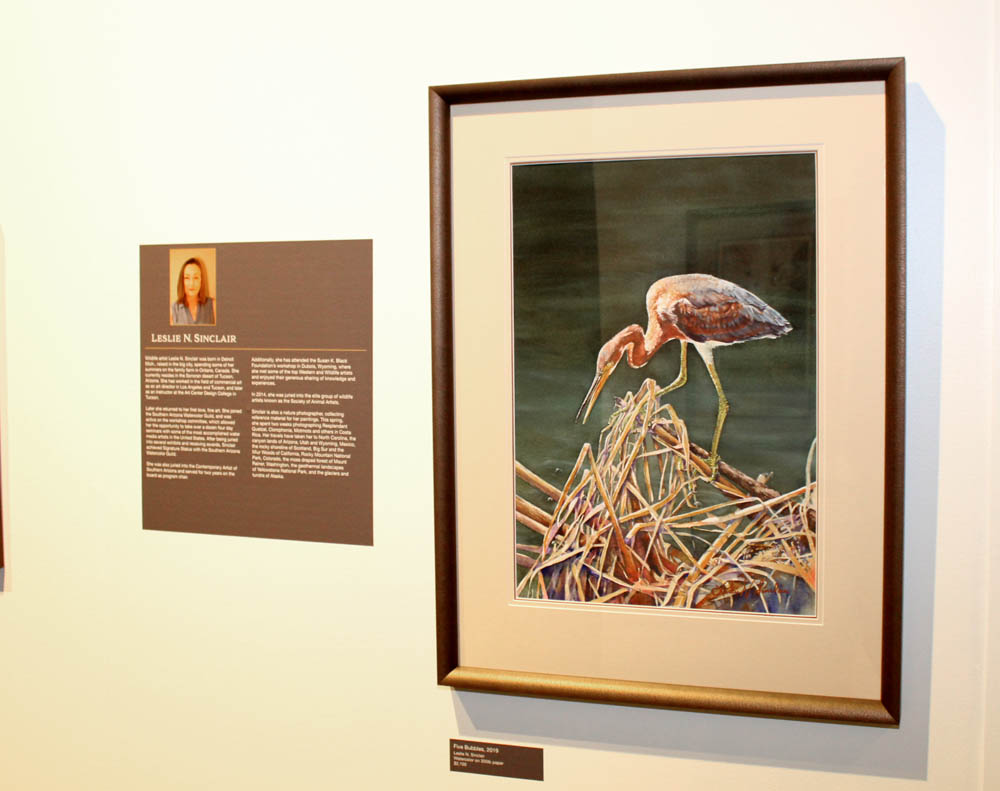 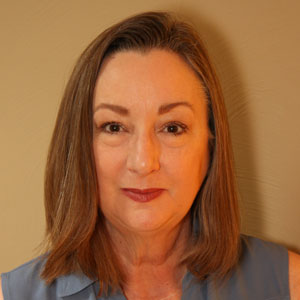 Wildlife artist Leslie N Sinclair was born in Detroit MI, raised in the big city, spending some of her summers on the family farm in Ontario, Canada. She currently resides in the Sonoran desert of Tucson, Arizona. She has worked in the field of commercial art as an art director in Los Angeles and Tucson, and later as an instructor at the Art Center Design College in Tucson.

Later she returned to her first love, fine art. She joined the Southern Arizona Watercolor and was active the workshop committee, which allowed her the opportunity to take over a dozen seminars with some of the most accomplished water media artists in the United States. After being juried into several exhibits and receiving awards, Sinclair achieved Signature Status with the Southern Arizona Watercolor Guild.

She was also juried into the Contemporary Artist of Southern Arizona and served for two years on the board as program chair.

Additionally, she has attended the Susan K Black Foundation’s workshop in Dubois, Wyoming, where she met some of the top Western and Wildlife artists and enjoyed their generous sharing of knowledge and experiences.

In 2014, she was juried into the elite group of wildlife artists known as the Society of Animal Artists.

Sinclair is also a nature photographer, collecting reference material for her paintings. This spring, she spent two weeks photographing Resplendent Quetzal, , Motmots and others in Costa Rica. Her travels have taken her to North Carolina, the of Arizona, Utah Wyoming, Mexico, the rocky shoreline of Scotland, Big Sur and the Miur Woods of California, Rocky Mountain National Park, Colorado, the forest of Mount Rainer, Washington, the geothermal landscapes of Yellowstone National Park, and the glaciers and tundra of Alaska. 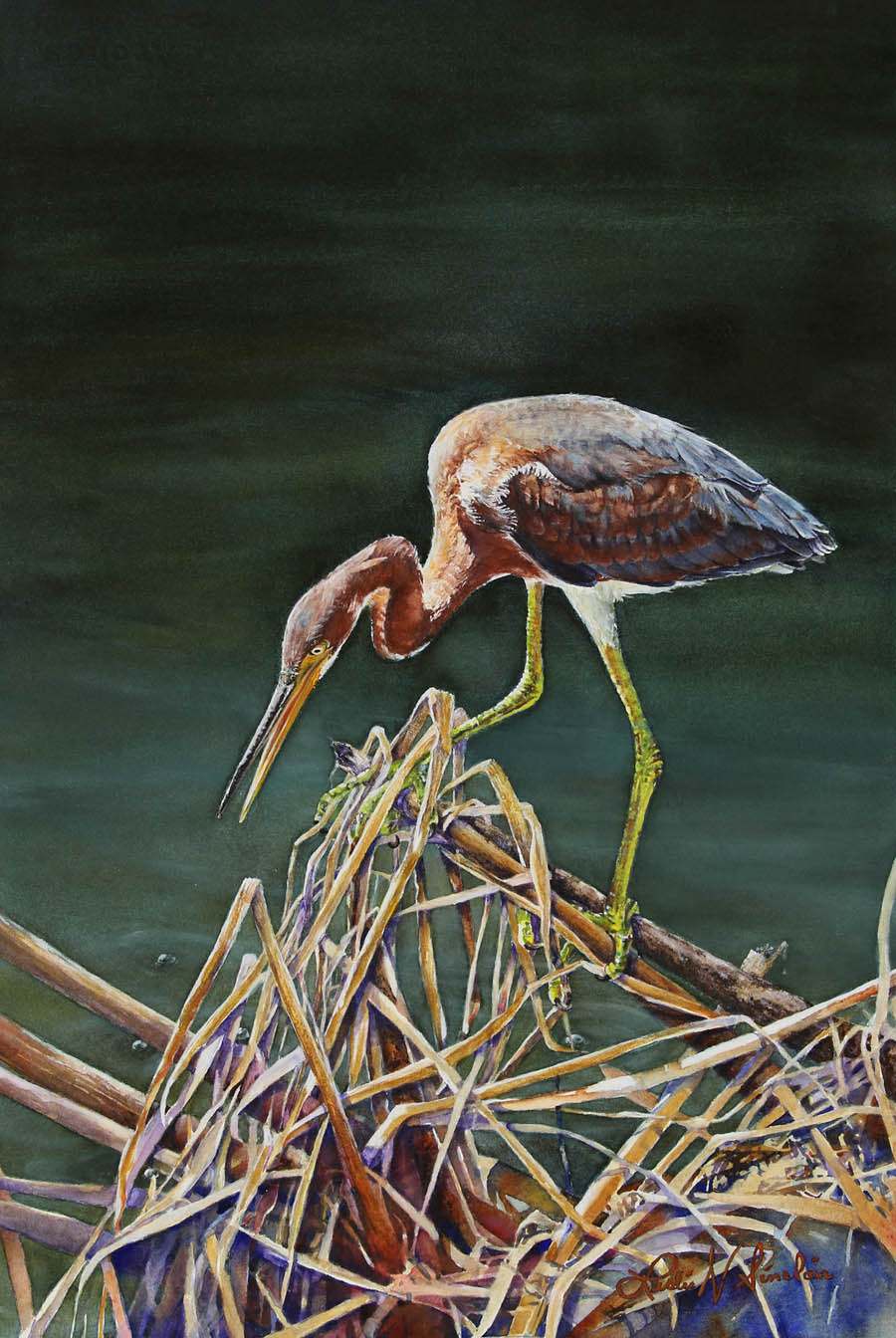 This painting is of a juvenile Tricolored Heron that was swept off course during a Tucson monsoon storm and ended up in a drainage pond. This species is not normally found in Tucson. I was moved by the beautiful colors of its and felt a need to capture the image in a painting. The gnarly palm debris made a perfect perch for hunting.