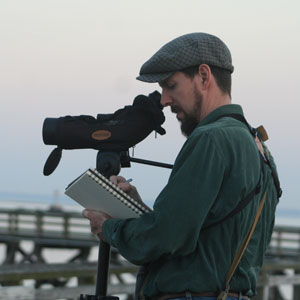 The son of artistically inclined parents, Sean Murtha was encouraged at a young age to draw and paint. He studied painting at Pratt Institute in Brooklyn, NY, graduating with a BFA in 1990. His early influences were Eric Sloane, N.C. Wyeth, Charles R. Knight, and later the painters of the Hudson River School and the American Impressionists.  Later, as wildlife became increasingly his focus, he was influenced by Francis Lee Jaques, Robert Bateman, Louis Agassiz Fuertes, Bruno Liljefors, Lars Jonsson and others.

In 1996, he joined the staff of the American Museum of Natural History, where he worked in the exhibition department. There he gained experience painting murals and background paintings for and introduced him to artists such as James Perry Wilson and Fred Scherer. In 2007, Sean began working at the Bruce Museum in Greenwich, CT, and he continues to create dioramas there and for other museums on a freelance basis to this day.

His field and studio work focuses on the birds and landscape of the Long Island Sound and its environs. Having spent most of his life on either side of the sound, he is well acquainted with its moods and its wildlife. His practice puts great importance on sketching and painting “in the field”, using these studies as the basis for studio work. He lives with his wife, Deirdre, and sons Brendan and Graham, in Norwalk, CT.

Sean is a member and frequent exhibitor with the Society of Animal Artists (SAA), The Rowayton Arts Center (RAC) in Norwalk, CT, and the Lyme Art Association (LAA) in Old Lyme, CT. He has shown at “Birds in Art” at the Leigh Yawkey Woodson Museum in , WI. In 2013, Sean was named “Artist of the Year” by the Connecticut Audubon Society. 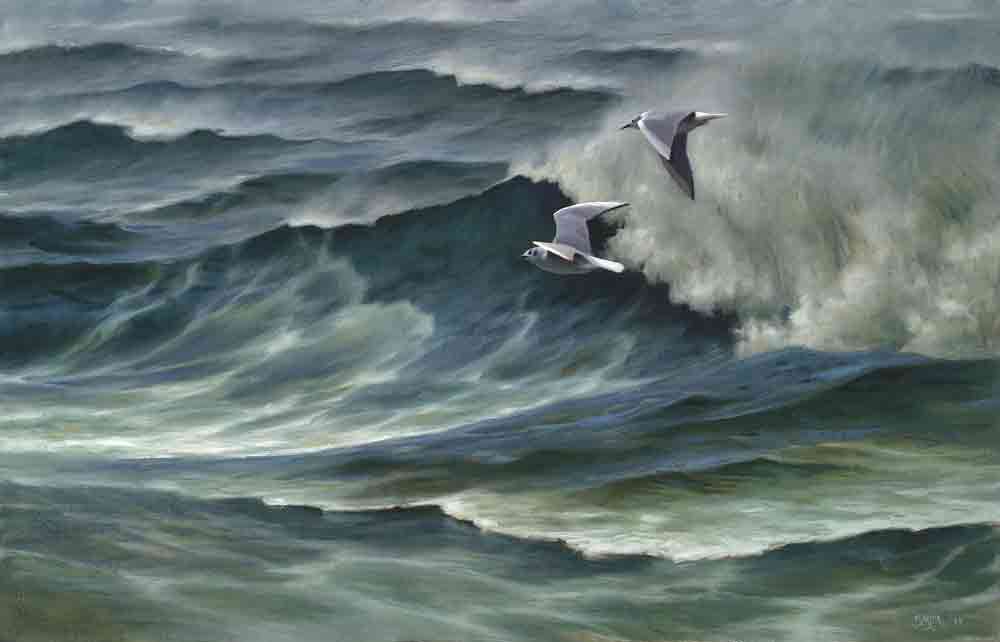 Despite dainty cuteness, the Bonaparte’s Gull is most often seen in my area during the coldest and most brutal months. Seeing a pair dancing among the crashing surf of a winter storm is a study in opposites, and a testament to the hardiness concealed beneath their graceful forms. 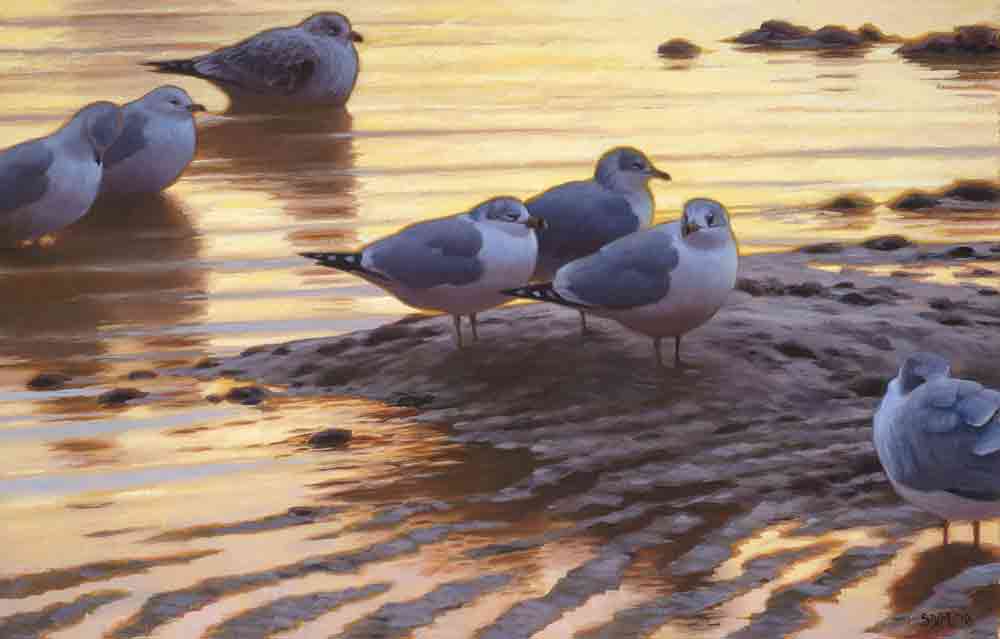 Gulls are usually easy to find along the coast throughout the year, and their robust, compact form them excellent subjects for sketching from life. dark on a Winter’s evening, they reflect the cool light of the sky while the water behind them reflects the orange glow of the lingering sunset.

Catch of the Day

The Common Tern’s combination of sharp features, tough attitude seaside habitat make them one of my favorite birds. I have spent much time near their breeding sites where they are often seen returning with food for their young, concealed among the bleached rocks.