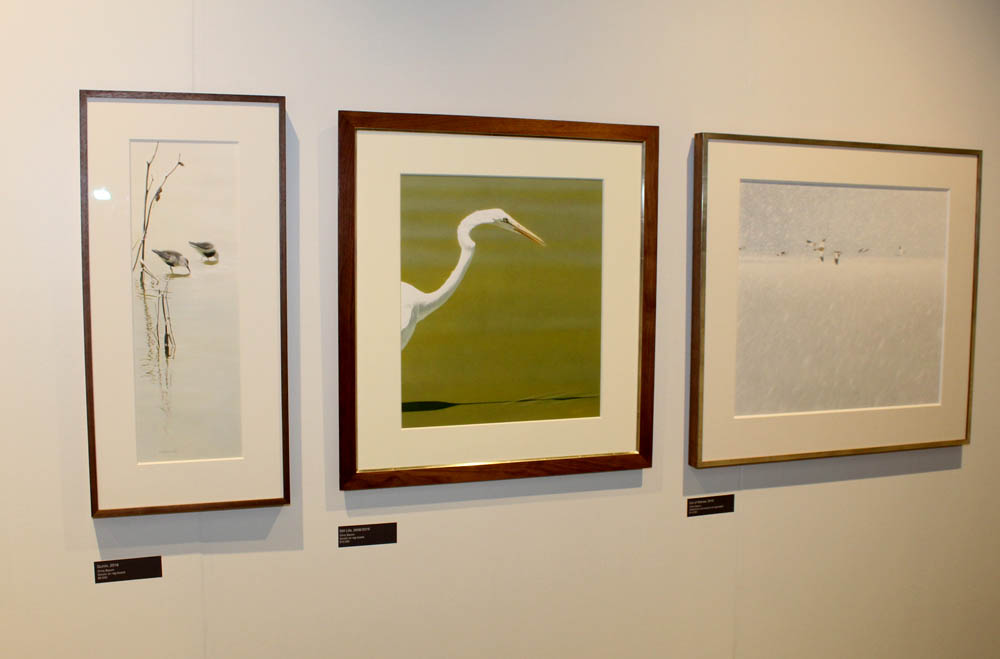 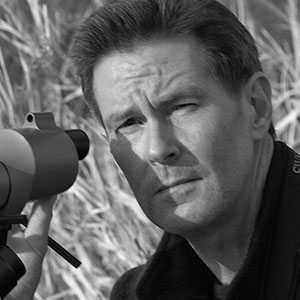 Meticulously rendered, luminous in subtle tone, imbued with great love, respect and knowledge of his subject matter, the paintings of Chris Bacon have won worldwide recognition and acclaim. Working with singular, highly disciplined focus, he travels, sketches, returning to his Burlington studio to create, over many weeks and often months, each of these intimately scaled works of art. His sensitive vision encourages us to see, in these works, beauty and mystery, in all of life, in ourselves.

Chris Bacon was born in Watford, England in 1960 and raised on Ascension, Fiji, Bermuda and England before moving to Canada in the mid-seventies. He made his artistic debut in 1980 with his first solo exhibition and has worked at his painting on a full-time basis ever since. He is a ‘Master Signature Member’ of the Society of Animal Artists and has received seven ‘Awards of Excellence’ from that organization, in addition to the ‘Elliot Liskin Memorial Award’ for painting in 1996. He was honored to receive the prestigious ‘Master Wildlife Artist Award’ from the Leigh Yawkey Woodson Art Museum (U.S.A). in 2004 and in 2008 received the ‘Trustees Purchase Award’ from the National Museum of Wildlife Art (U.S.A.). In 2012 Chris was presented with the ‘Queen Elizabeth II Diamond Jubilee Medal’ in recognition of his achievement in the arts. His work has received wide recognition and is included in private, corporate and museum collections around the world. 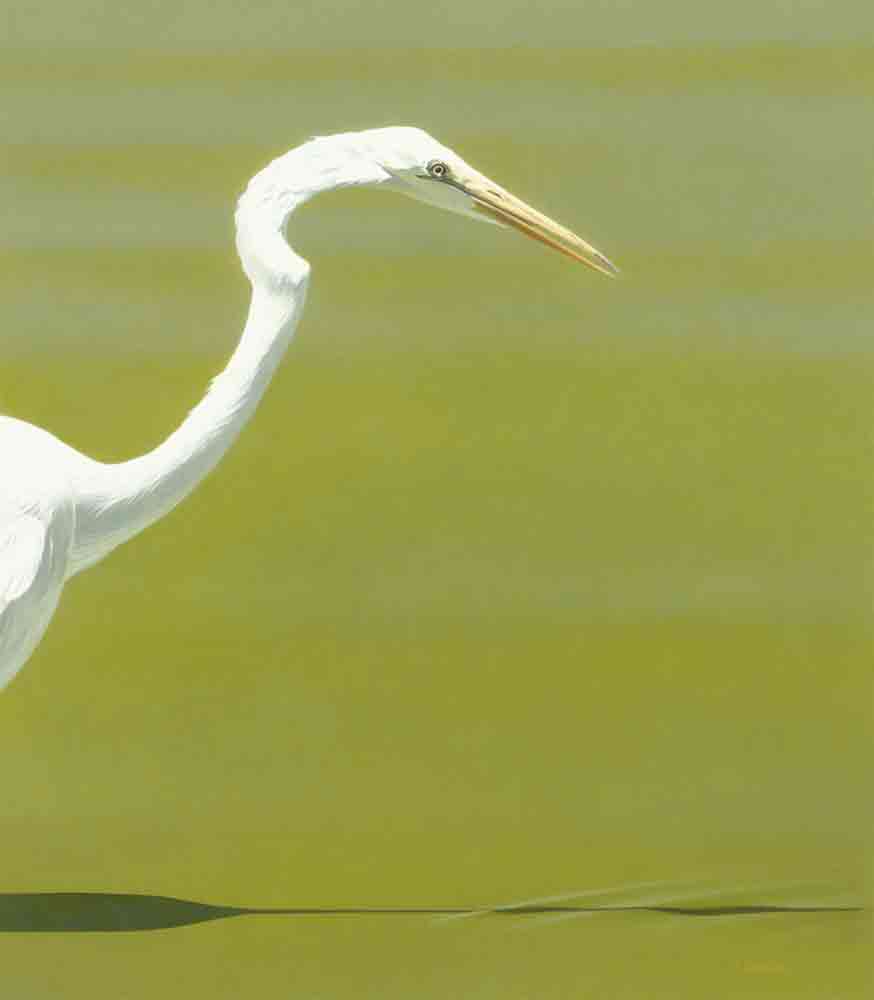 Acrylic on Rag Board

A moment of stillness…for all time, or will it be over in a second?
There is an underlying tension here. Captivated, I too become still and I wait. 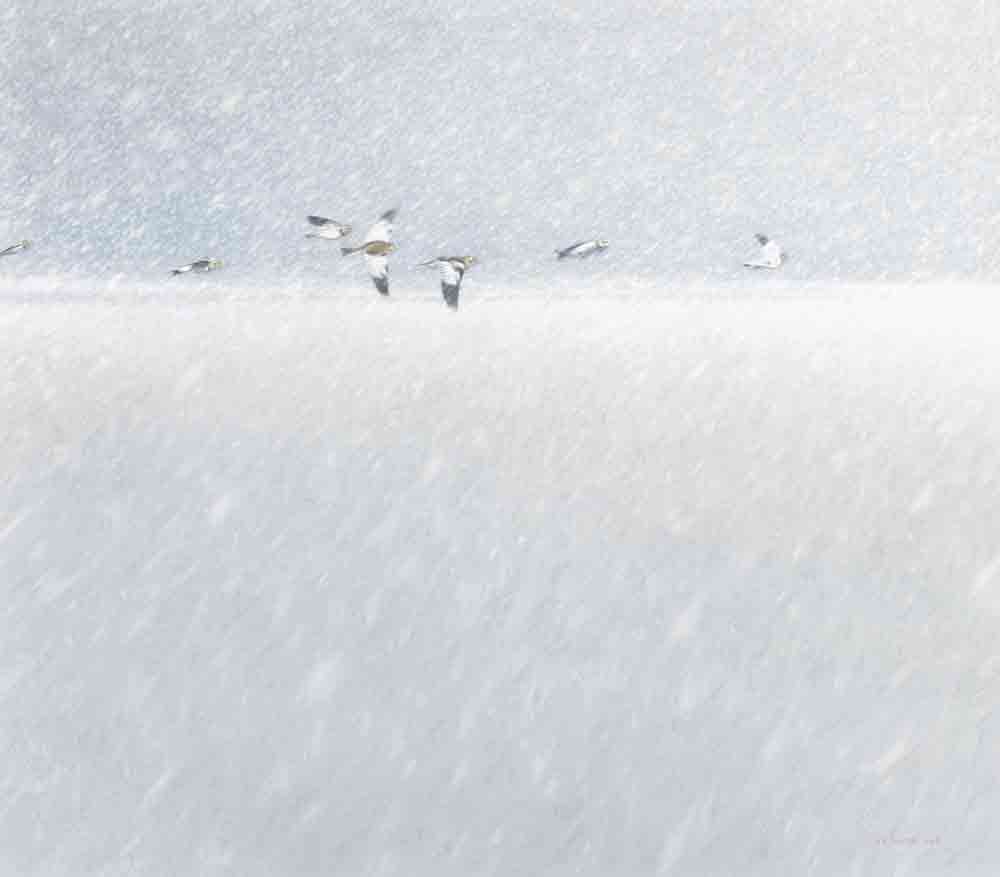 Watercolor and Acrylic on Rag Board

Subtle tones of ‘white’ on white, pushing and pulling with color temperature… creating depth, space and ‘air’ in between… to let it breathe.

Acrylic on rag board

Dunlin behaviour is rapid and fast-paced. It is fleeting and transient by nature. My goal with this piece was to distill and simplify. Leaving only the essential .. in an attempt to slow down the impermanence of such a scene and seize a single moment. To hold on to it .. so it may speak. In this way, it could become almost meditative and calming to the senses. As well, I hoped the work would gain a certain elegance through this simplification.