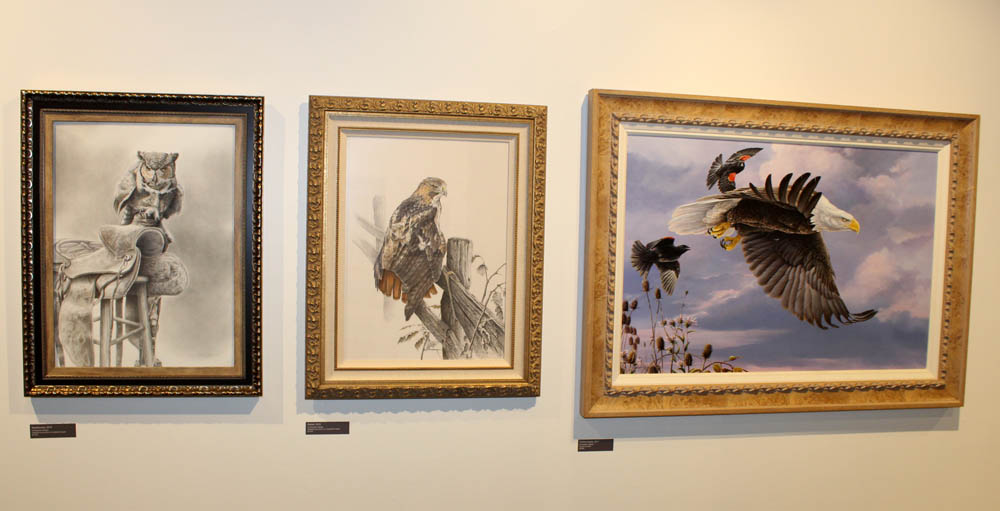 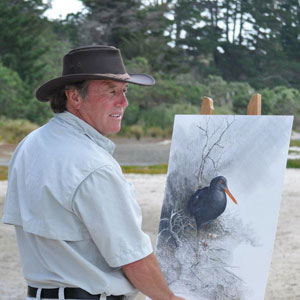 Christopher B. Walden, originally from Auckland New Zealand, came to the States in 1979. Chris’ passion for the outdoors began at a very early age. Growing up in New Zealand, Chris was able to experience everything outdoors from working on a sheep farm to sailing the South Pacific. From these experiences Chris was able to gain knowledge of nature. He is an avid outdoorsman who likes to go fishing and hunting. He brought his passion of the outdoors to the States. His thirst for knowledge about these new environments and inhabitants inspired him to capture them in his paintings.

Chris’ realistic style and his ability to capture life in the animal kingdom have endeared him to many collectors around the world. Chris prefers to show the viewer a story of how life is in the wild.

Chris has teamed up with several conservation groups in the US to lend his talents to help raise money and awareness to preserve the habitats that are in danger. Through donations of artwork in the past 30 years Chris has helped raise over 28 million dollars for conservation.
The artwork of Chris Walden vibrantly portrays the passion and beauty of the natural world. The untamed wildlife featured in his work evokes the mystery and turbulence of creation. Viewers are challenged to experience the essence of the natural world in its most raw form. 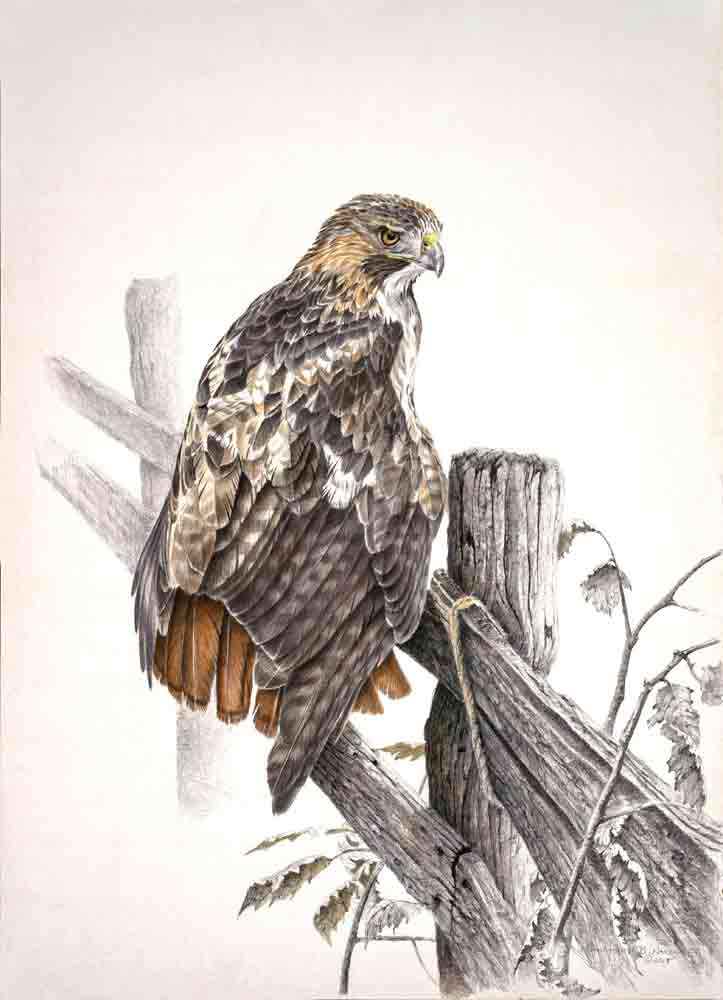 This bird was brought to my studio by a park ranger as part of a study class for art students where I sketched him. I posed him on a fence railing that I had photographed earlier an an outing to a friend’s farm. The entire image was rendered in pencil first down to the last detail, then color was added with thin washes of acrylic paint purposefully leaving enough of the pencil work so as to be a part of the finished piece. 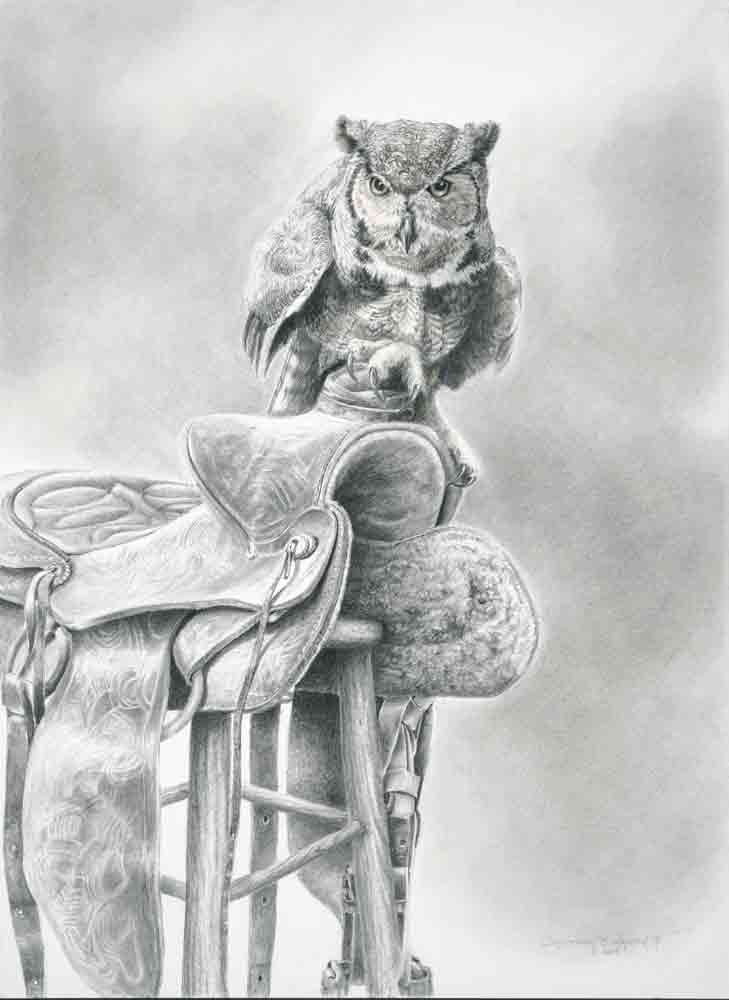 I sketched the owl on a bird handler’s glove in my studio then perched him on an old saddle I photographed in a friend’s barn. The idea was inspired by the fact that she had seen these birds visiting the barn to hunt the rodents that fed on the grain and also the feral cats that came in after them. Adding just a hint of color with acrylic washes helped (I hope) bring a subtle hint of the intricate coloration of this bird. 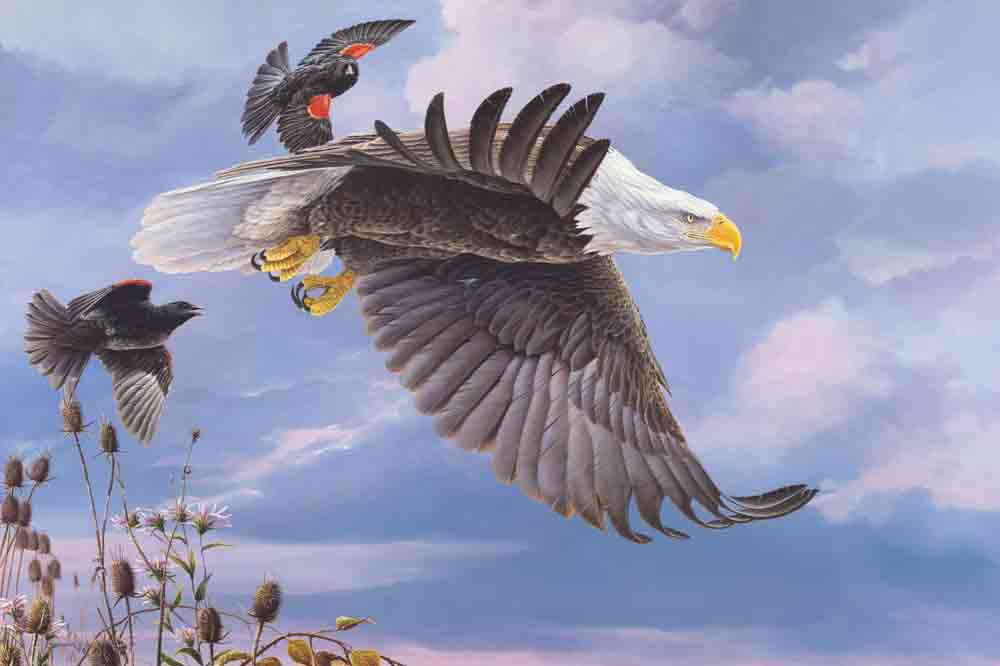