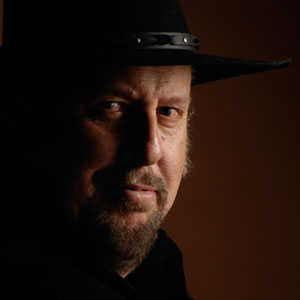 With work hanging at the White House and in permanent, private and Museum collections, throughout the world, John Seerey-Lester has become one of the most renowned of today’s wildlife and historic artists.
John has gained a reputation over the years for producing images with a narrative and which are both mysterious and mystical. Now he has taken this skill to produce a remarkable series of paintings depicting historic hunts of safari legends.

Awards:
• Knighted by his Imperial and Royal Highness, Archduke Andreas of Austria, for his work in conservation. John is now known as Sir John Seerey-Lester.
• Received the Lifetime Achievement Award from the Society of Animal Artists.
• Received the “People’s Choice” two years in a row at the National Museum of Wildlife Art’s Western Visions Show – 2017, 2018
• Received the Simon Combes Award for Conservation.
• Ring of Freedom Award – NRA
• Two Man show (with wife Suzie) at The Roger Tory Peterson Institute. Keeping the World Wild.
• Society of Animal Artists Annual Shows, included in the world museum tour
• NRA – Hunters Leadership Forum Artist.
• Known as “the Godfather of Wildlife Art”, he has also become the “Preeminent modern day painter of Theodore Roosevelt”.
• John has work hanging in the White House
• He has exhibited in the prestigious Leigh Yawkey Woodson Art Museum’s
“Bird in Art” and “Wildlife; An Artist’s View”, regularly since 1983.
• Commended by His Royal Highness Prince Phillip for his work in conservation.
• John has been Master or Featured Artist for nearly every major wildlife show both in the US and the UK, over the past 42 years.
• Works exhibited in most major museums such as the Gilcrease Museum, National Museum of Wildlife Art, Bennington center for the Arts, Nature in Art, Sonora Desert Museum, just to name a few.
• Received the Award of Excellence and the Patricia Allan Bott Award for Mara River Horse and White on White by Society of Animal Artists
• Award of Excellence from the Susan K. Black Foundation.
• Artist of the Year by Sporting Classics

Memberships
• Board of Directors of the Roger Tory Peterson Institute
• Board of Directors of Artists for Conservation
• Society of Animal Artists
• St. Hubertus
• Boone and Crockett Club
• Campfire Club of America
• Artists for Conservation
• Oil Painters of America
• Southern Plein Air Artists
• Founding member of The Phartists
• The Collection – Bennington Museum – Master Artist

While camping in the wilderness, you never know who may visit, especially a stealthy bear 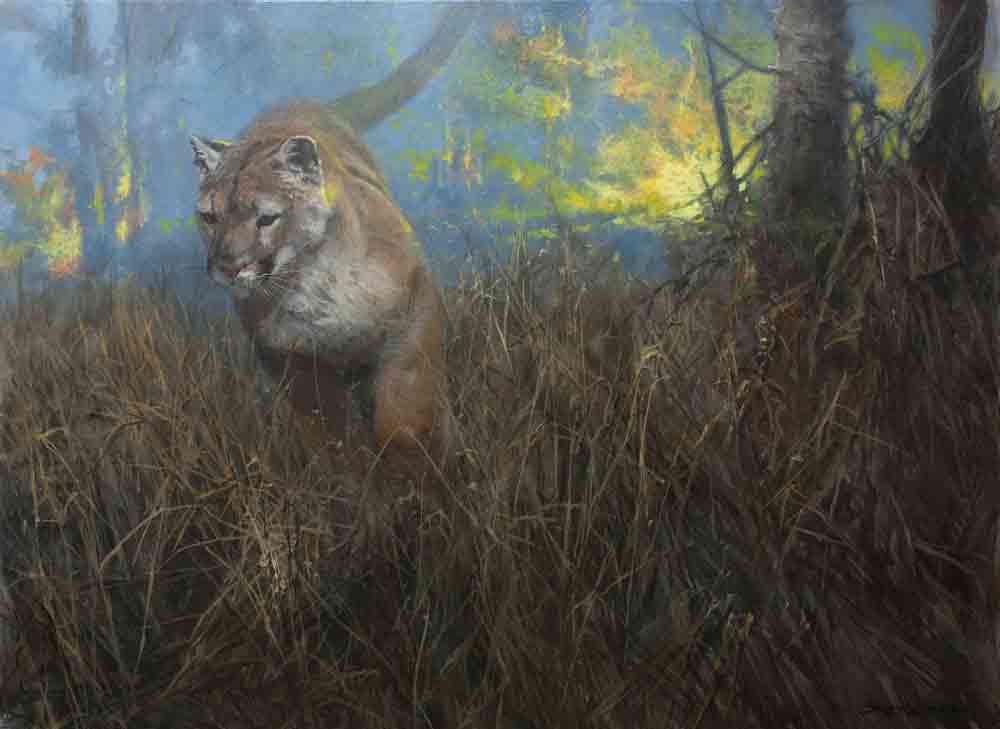 During the California wildfires last year, I imagined the wildlife trying to get away from the blazes, in this case a California Cougar is making its’ Fire Escape. 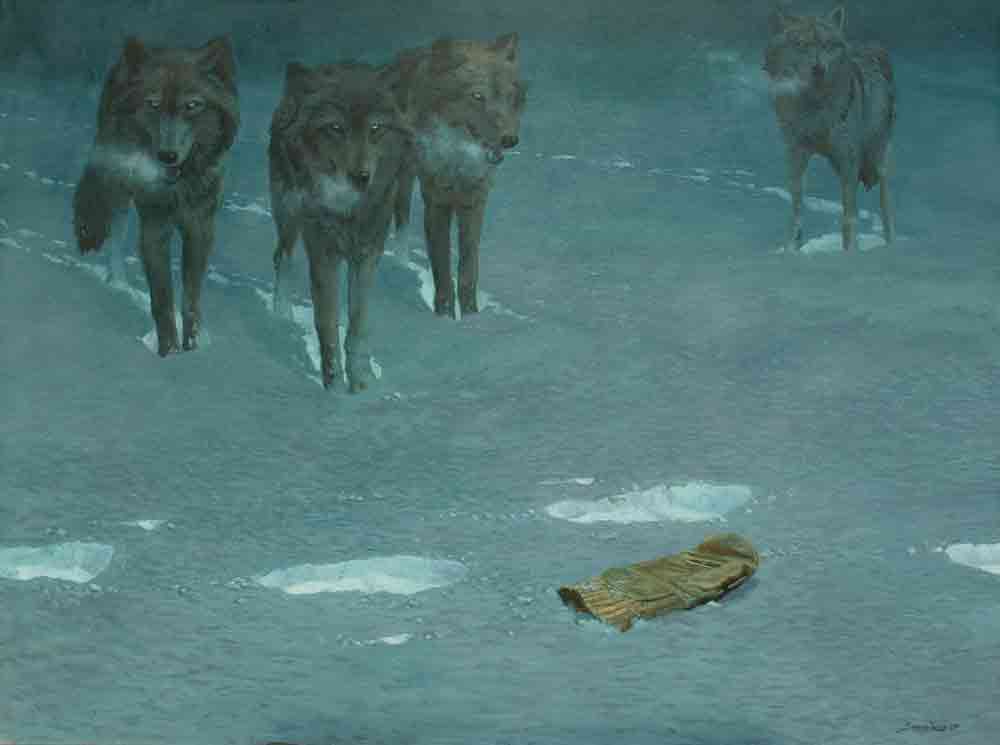 A lonely hunter making his way back to camp, thinks he is all alone in the wilderness until his Night trail meets that of a pack of wolves 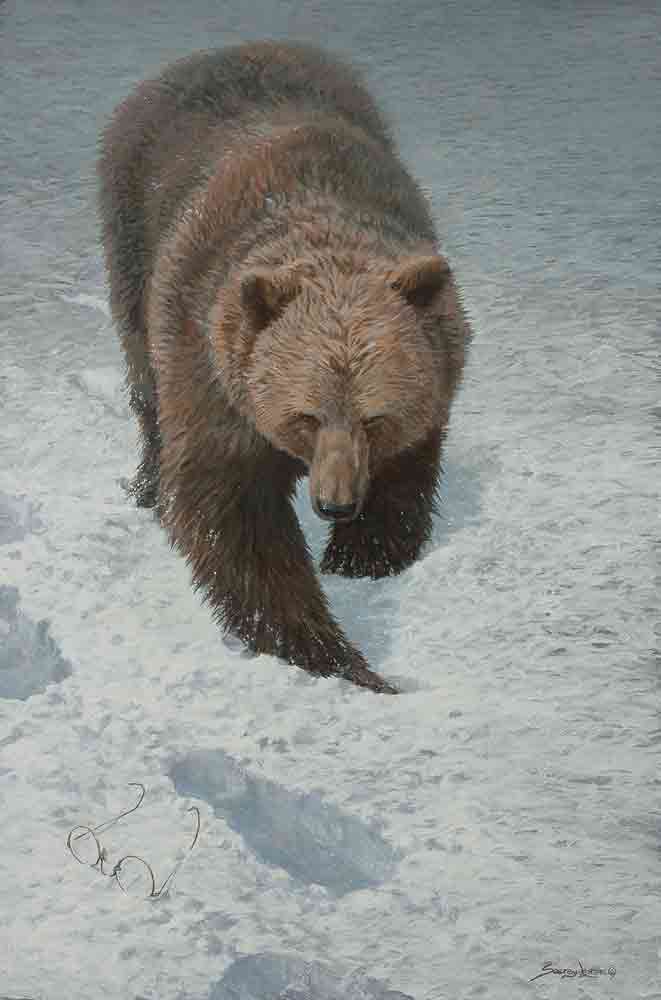 In 1889, Theodore Roosevelt had been enjoying the rare opportunity of hunting alone. His popularity was such that many of his contemporaries were more than honored to hunt with him. But this time, he was all alone along the White Salmon River and Clarke’s Fork on the Columbia River.

He had been tracking a big grizzly in the crusted snow. The bruin was frustrating the experienced hunter, by going round circles. It meandered through forests, up and down hills and through ravines.

At one point, TR got the distinct impression that the bear had turned and come round behind him. I liked the idea of such a situation, not uncommon when stalking predators, and decided this should be my painting. To indicate that TR had past by and was now ahead of the bear, I took some artistic license and placed his glasses in the snow.

The full story can be found in my book, Campfire Tales, which is available at Sporting Classics desk in the hallway near the entrance to the ballroom.