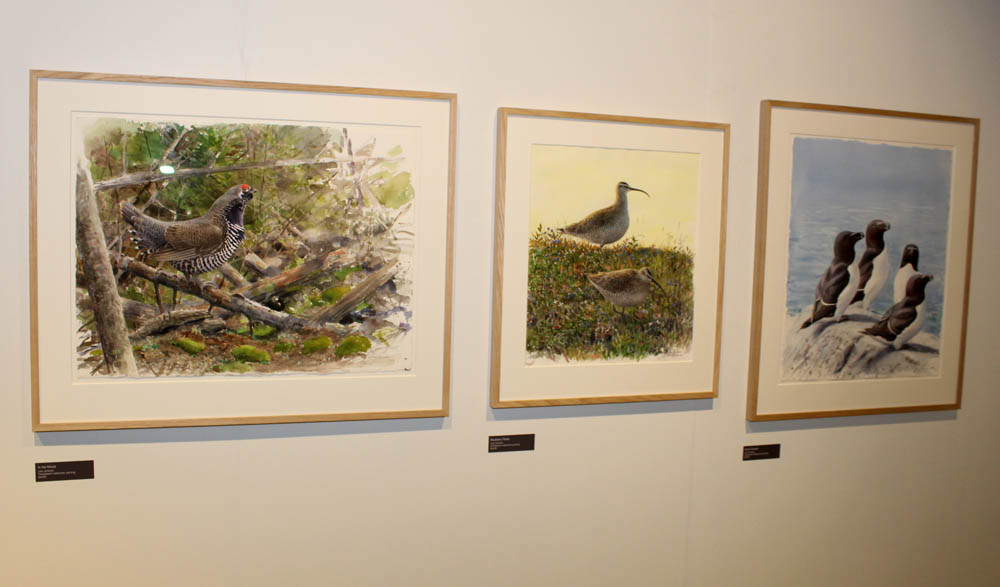 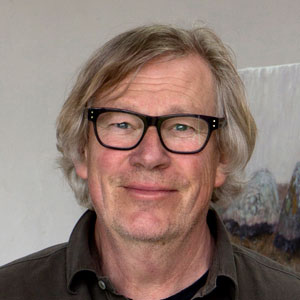 Born 1952 in Stockholm, Swedish. Since 1976 resides on Southern Gotland. Lars began painting birds at the age of four and had his first exhibition at the National Museum of Natural History in Stockholm at the age of fifteen. In 1973, when 21 he was commissioned to do a series of Birdguides for Europe that was published in 1976-1980. In 1992 he published Birds of Europe with North Africa and the Middle east, which became the standard fieldguide for Europe in the coming years. Lars works in both watercolor and oil and prefer to work plein air. He first visited US in 1981 and has since been travelling and painting birds and landscapes from the American continent almost every year. He started to exhibit in “Birds in Art” at the Leigh Yawkey Woodson Art Museum from 1982 and became Master Wildlife Artist at the museum in 1988. He also been exhibiting in “Western Vision” at The National Museum of Wildlife Art in Jackson Hole for some thirty years. He did the paintings for the centennial book for Massachussettes Audubon Society “Nature of Massachussettes” in 1996 and have recently done a number of paintings for “Birds of Maine” (to be published). Lars is the author and artist of some 15 books ranging from fieldguides to books covering his euvre as an artist. He has exhibited widely in Sweden and internationally and have had a number of exhibitions in major artmuseums in Sweden, twice at the Prins Eugens Waldemarsudde (part of the National Museum), The Millesgarden, and Kulturhuset in Stockholm (The Cultural center) among others. He is passionate about Birds and prefer to depict them in their natural habitat, but he has also been painting mammals, plants and landscapes from various areas of the world.

The pictures for this exhibition are painted for Birds of Maine, the Razorbills is the cover of the book and it is a bird that breeds on his native Island Gotland. The Hudsonian whimbrels feeding on Blueberries is an image from the Blueberry barrens of Maine and the Spruce Grouse a typical bird for the northern coniferous woods typical for parts of northern Maine. 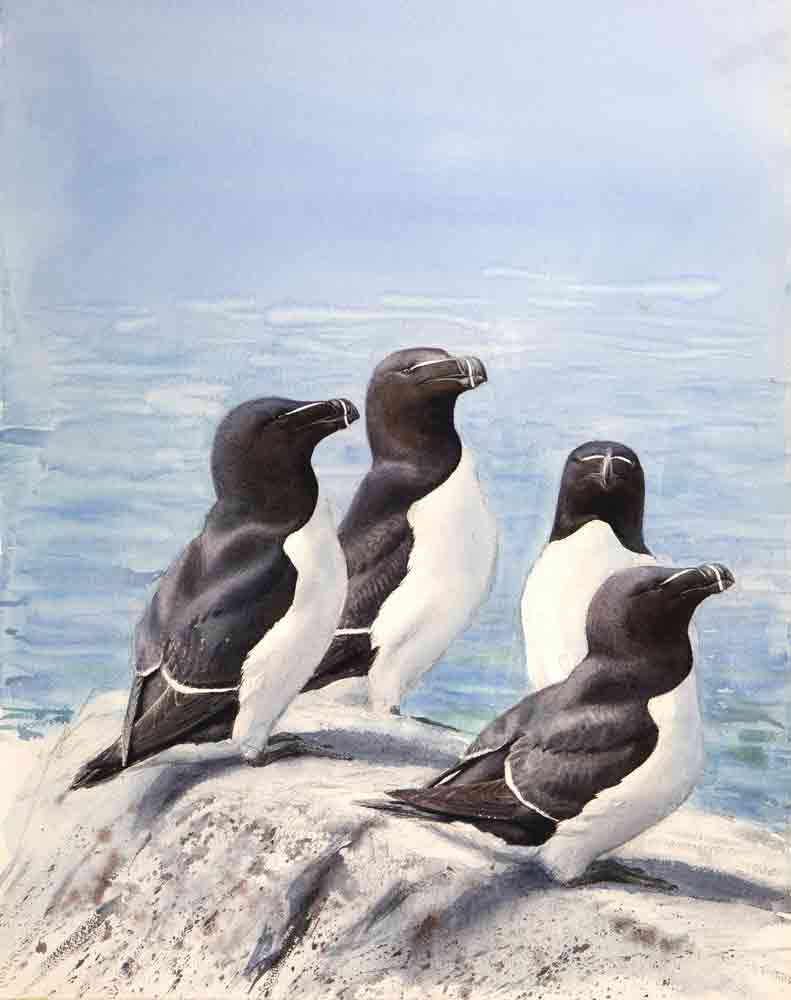 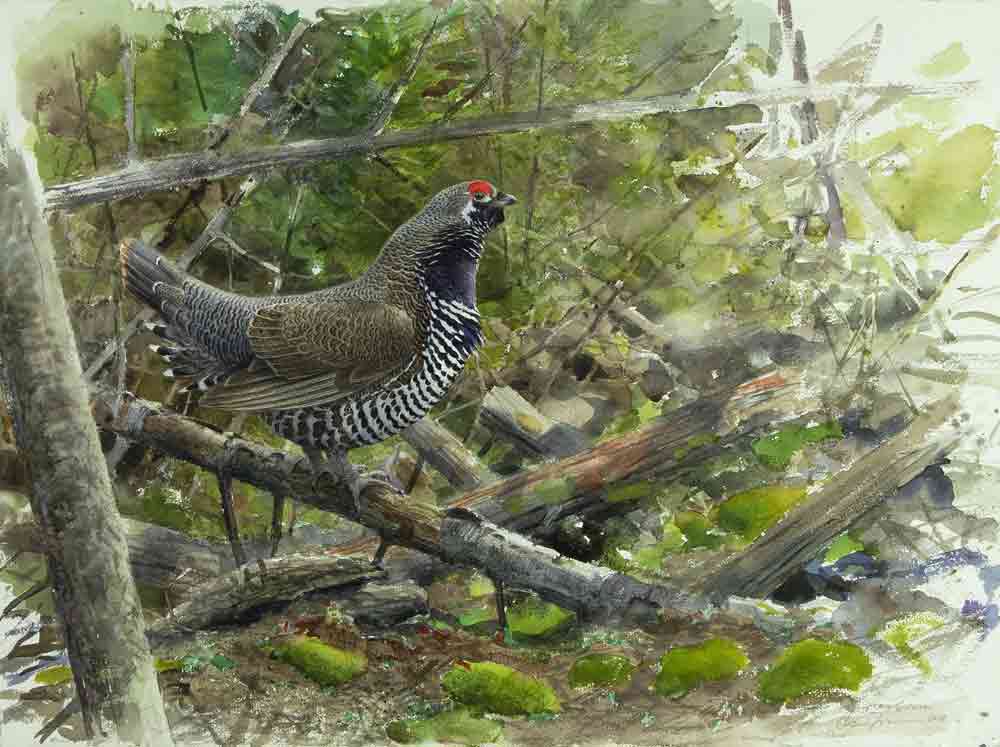 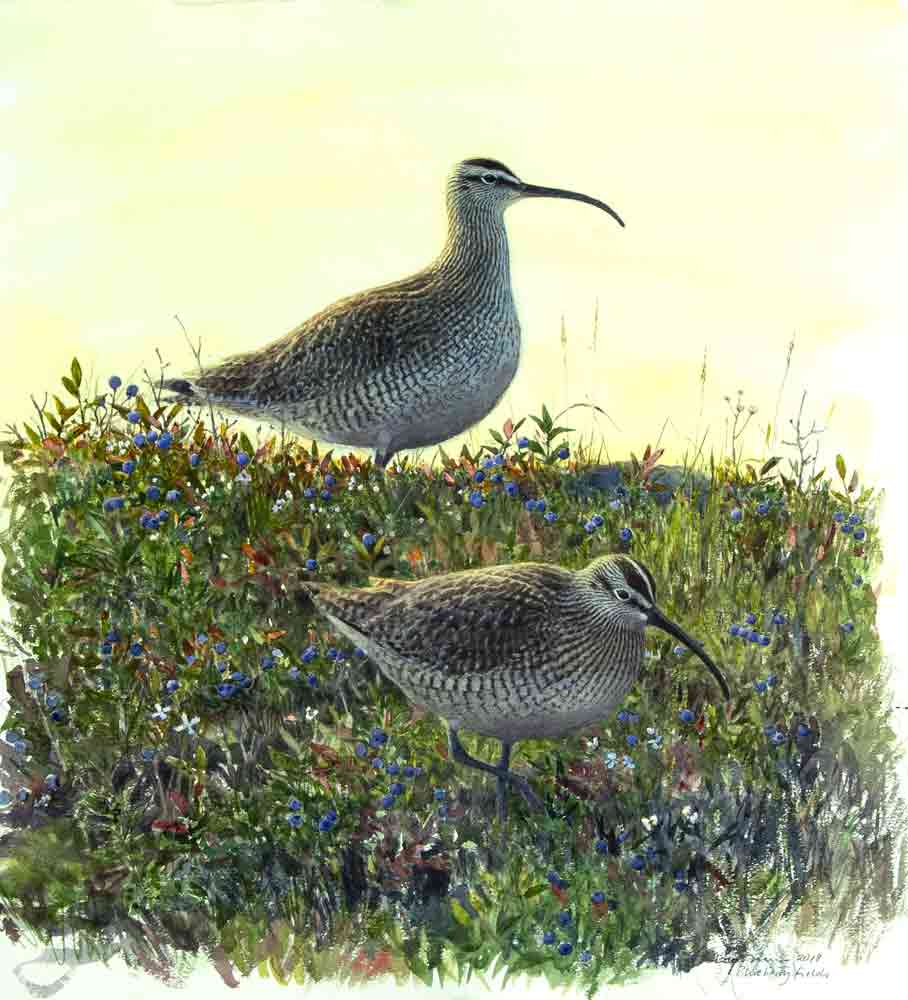