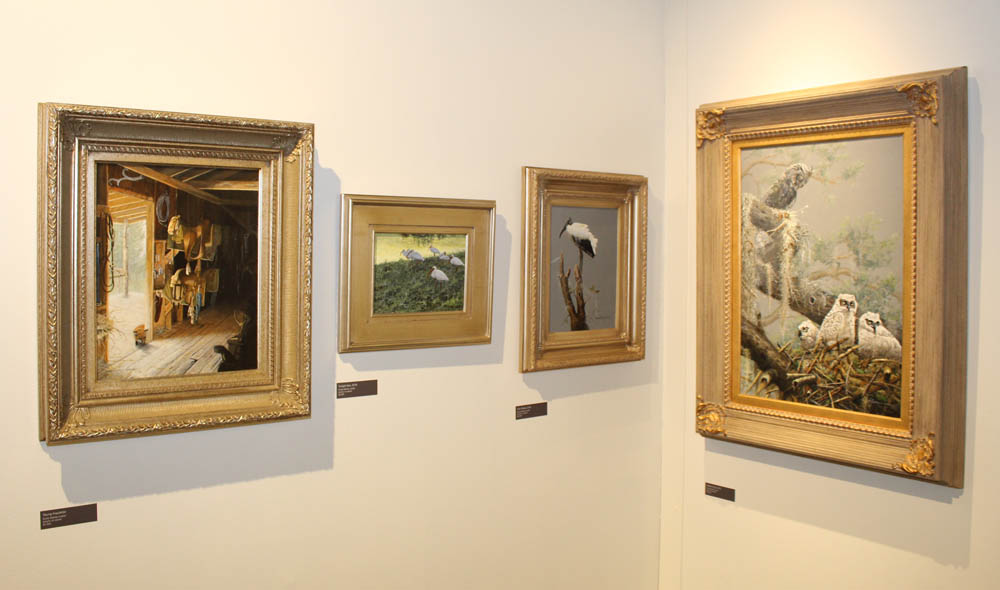 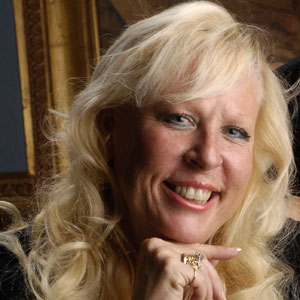 Suzie was a professional diver for over 18 years. As a Diving Instructor Trainer, Suzie traveled around the world, as the first woman to teach diving, and license instructors. While working for the CIA, she taught CIA Agents, Secret Service Agents, US Marshals, FBI Agents other law enforcement personnel how to dive, perform search and recovery as well as other “specialized” skills. She taught President Ford’s Secret Service Agents, some of those special skills.
Suzie has won several distinguished awards for her art, including:
Suzie is honored to be chosen as the Houston Safari Club’s 2019 Artist of the Year. She was on the cover of the Hunter’s Horn and a six-page story in the issue.
She received an Award of Merit from the American Women Artists 2019
Suzie’s painting “Asleep in the Saddle” was purchased by The Leigh Yawkey Woodson Art Museum for their permanent Birds In Art Collection.

Featured Acrylic Instructor for SKB Class in Dubois, WY 2017
In 2016 she was awarded the prestigious Rose Award by the Susan K. Black Foundation for her dedication
Mote Marine Volunteer – 15 years of excellent volunteer service award 2017
Society of Animal Artist Show 2016, and was included in the worldwide museum tour for a year.
Two-person Museum show “Keeping the World Wild” at the Roger Tory Peterson Institute June-Aug 2016 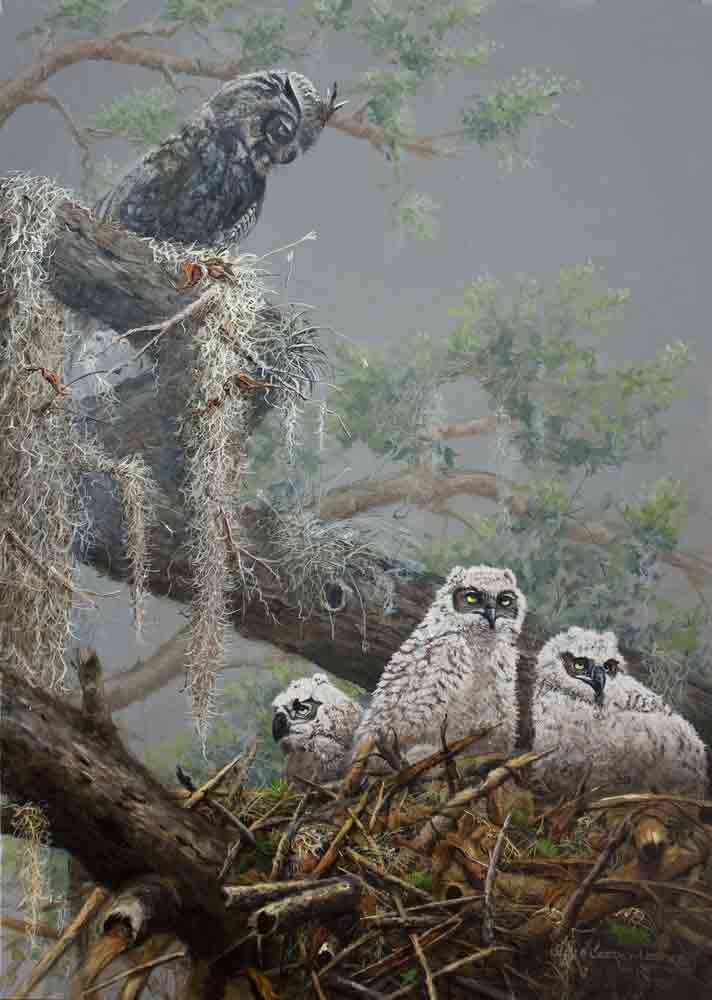 We are lucky to live near a nest of Great Horn Owls. We watched these fluffy balls of feathers grow, from day to day. In this the adult is keeping a watchful eye of the owlets. 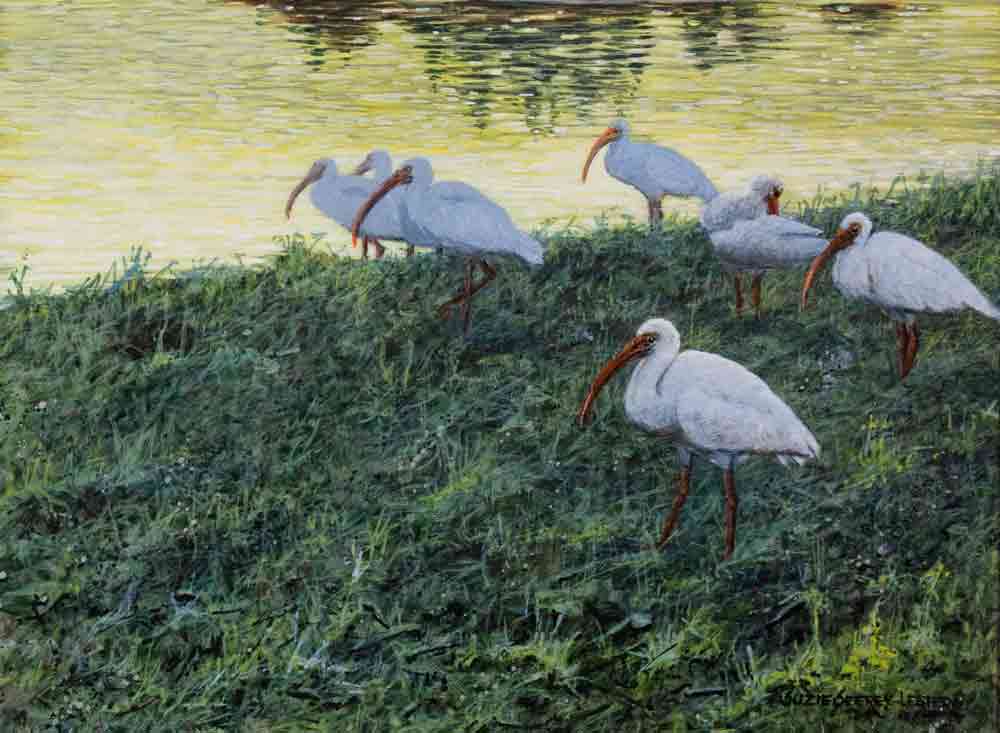 While visiting a local restaurant, I wandered down to the water to watch a graceful flock of Ibis land and start to feed. I love the way the shadow made the a unique shape on the textured grass, and the bright water stands in contrast 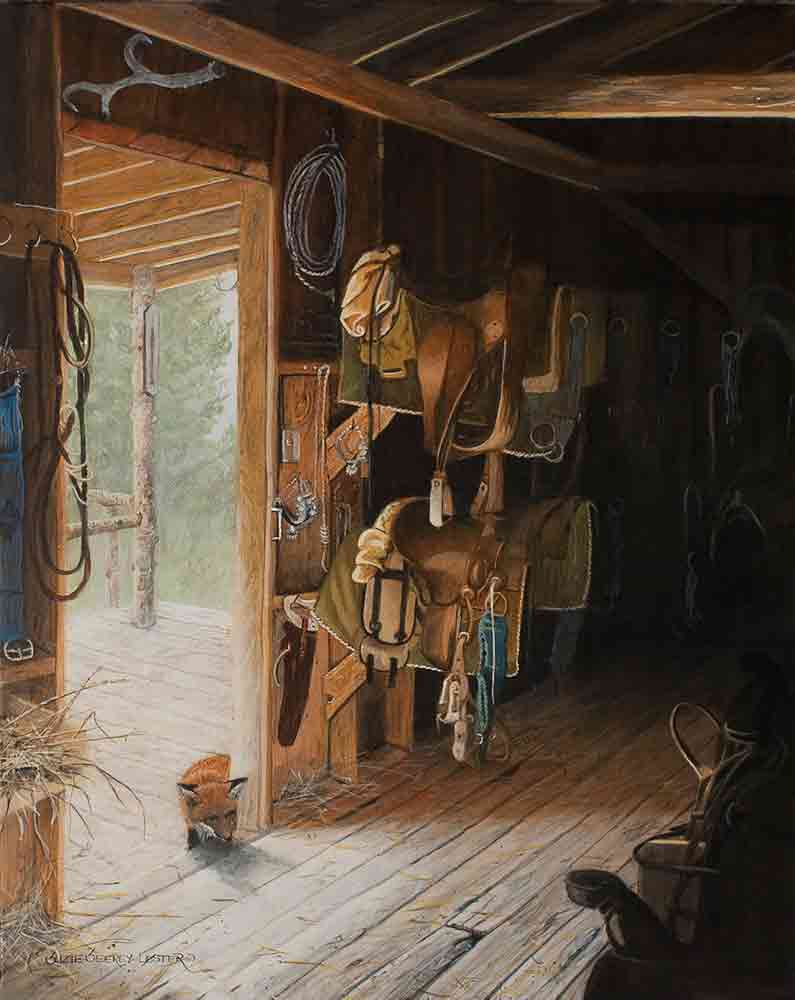 While in Dubois, Wy, we have the opportunity to visit local ranches and crawl around the different buildings on the property. I chose this tack room with all the warm leather saddles, and a very inquisitive little fox looking into the room 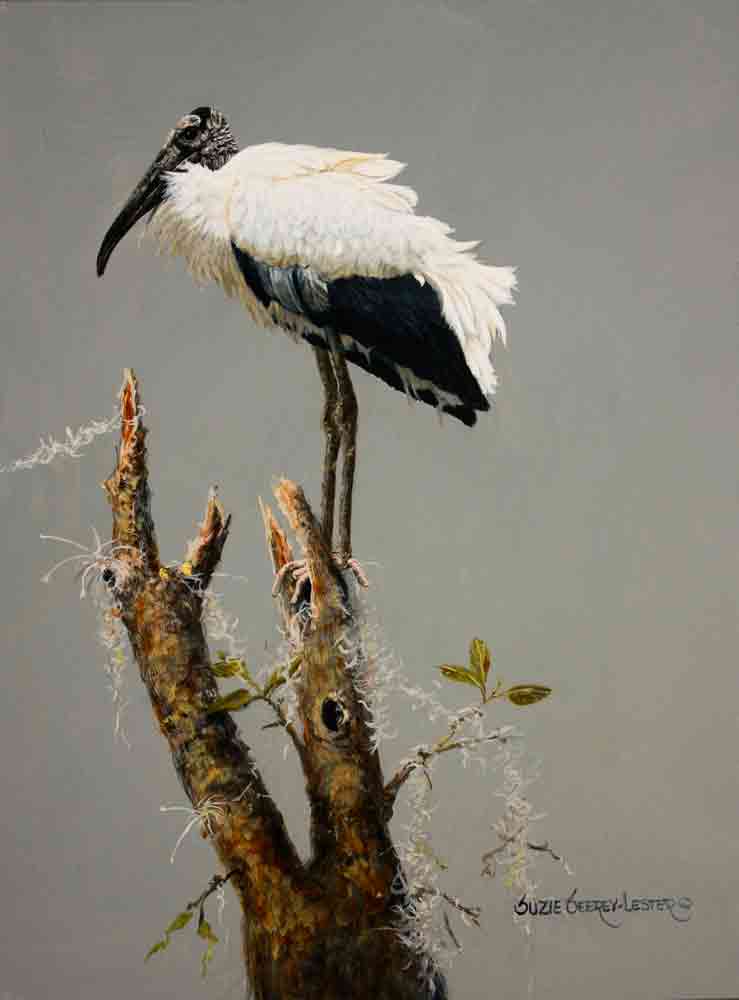 The wood stork is a bird only its mother could love. They have unique and beautiful white feathers. The wing tips of the giant birds are black because the white feathers are fragile and can not take the strain of flying. I love painting white birds because you can get so many different colors into their feathers