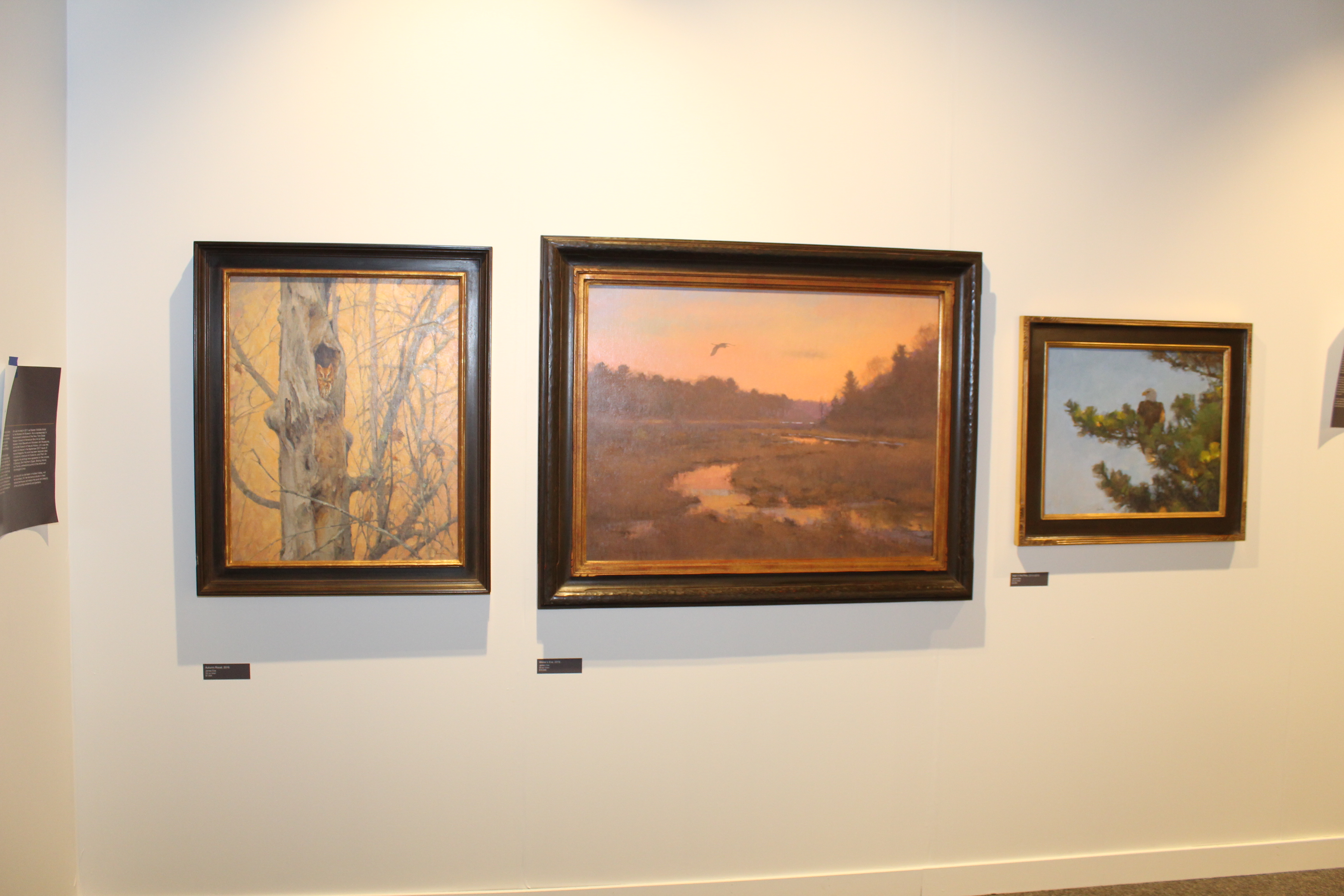 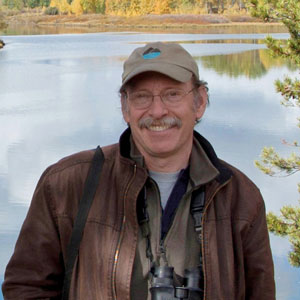 James Coe is an artist with a passion for birds, nature and our rural heritage. Jim grew up in the suburbs of New York City and was captivated by the shorebirds he saw in nearby marshes and inlets. He studied biology at Harvard and later received a master’s degree in painting from Parson’s School of Design.

Jim began his art career in illustration and is best known as the author and illustrator of the acclaimed Golden Field Guide Eastern Birds. After spending 15 years painting bird identification plates, Jim stepped back across the divide into the world of ‘fine’ art, to landscapes in air. Today his oil paintings combine his love of the landscape with a finely detailed knowledge of natural history. In his canvases that incorporate birds, Jim’s goal is to introduce an element of movement, color, or interest to the scene. The species included typically a bird he heard or saw while on location, painting a study.

Jim was honored in 2011 as Master Wildlife Artist by the Woodson Art Museum. He is represented in the permanent collections of the New York State Museum, Museum of American Bird Art at Mass Audubon, Hiram Blauvelt and Woodson Art Museums, and the Bell Museum of Natural History. Jim was the subject of a feature in the September 2017 issue of Harvard Magazine.  His work has been featured also in Wildlife Art, American Art Collector, and Plein Air magazine. His paintings have appeared on the covers of Sanctuary, Bird Watcher’s Digest, Birding World, and The Auk, professional journal of the American Ornithologist’s Union.

Jim lives with his wife Karen in Hudson Valley, not far from Albany, NY. He maintains a studio in their restored and enjoys the quiet and beauty of the surrounding woodlands and gardens. 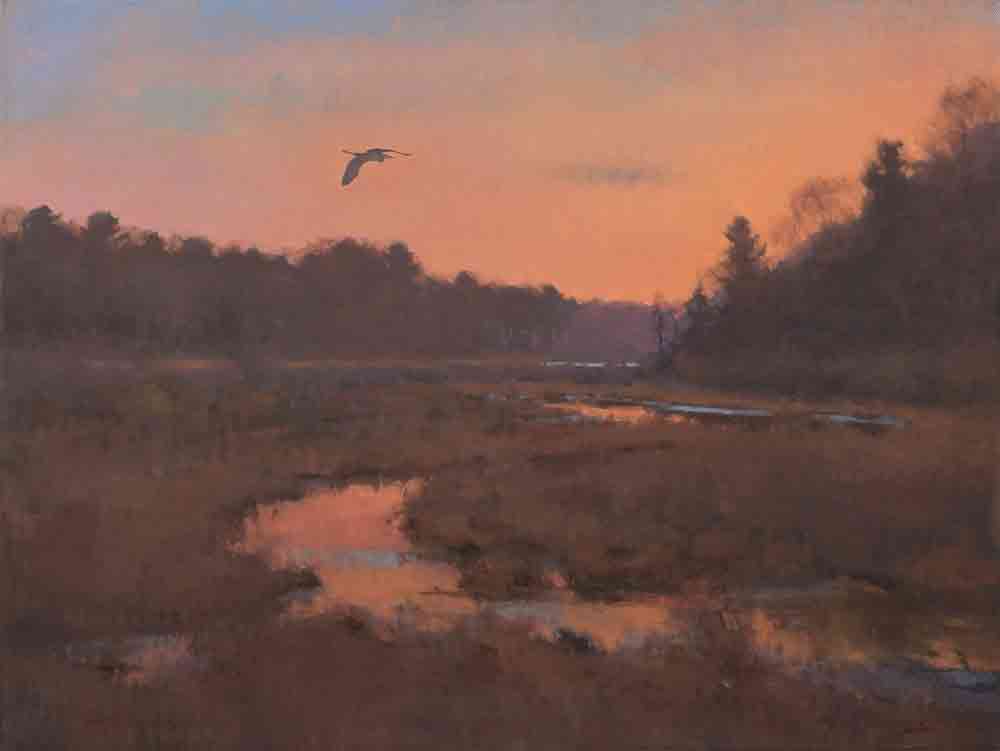 Some paintings flow with ease and inspiration. This was not one of them! Winter’s Eve has been in the works−on and off the easel−for more than five years. It began as an enlargement of a successful smaller painting of the same view, depicting a creek just about a mile from home. But larger paintings often beget bigger problems. And I have struggled to find the suitable degree of resolution and detail in the landscape at this large scale. Early on, I cropped the bottom of the canvas to re-format the composition and direct attention towards the horizon. Later I infused the entire scene with the warm orange and pinks of the sky to unify and subdue the complexity of the marsh and distant tree line. And repeatedly, in frustration, I would set the canvas aside, only to take it up months later, sanding down the top layers of paint and reworking the entire surface. I lost count how many times I reworked it. But the painting finally glows with the peaceful evening light and mysterious shadows that originally inspired me. 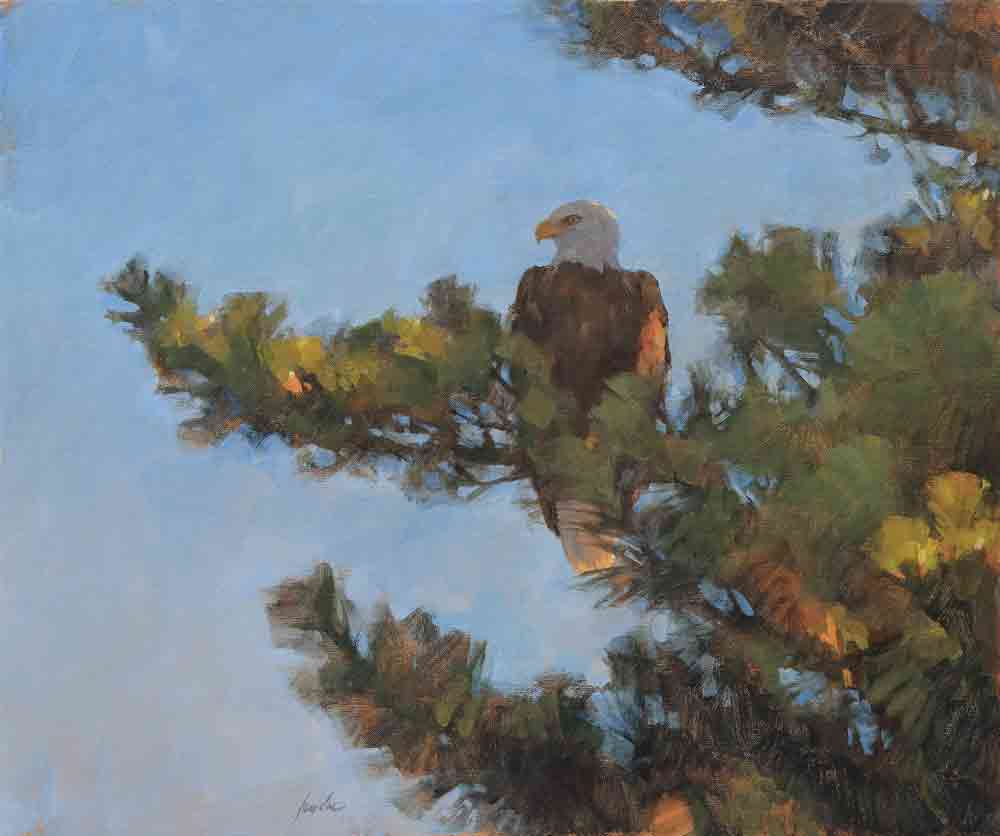 High in the Pine

Every year, the highlight of the Woodson Museum’s Birds in Art opening weekend is the artists’ outing to Lake Catherine in northern Wisconsin’s lake country. on an island near the far shore of the Lake is a pair of Bald Eagles whose nest is hidden deep in the foliage of a tall pine in the center of the island. We artists are treated to boat tours of the Lake from which we often get stunning glimpses of the eagles. This painting derived from one of those rides around the lake and from a particularly statuesque eagle that was perched high in a White Pine, and backlit by the brilliant afternoon sun. 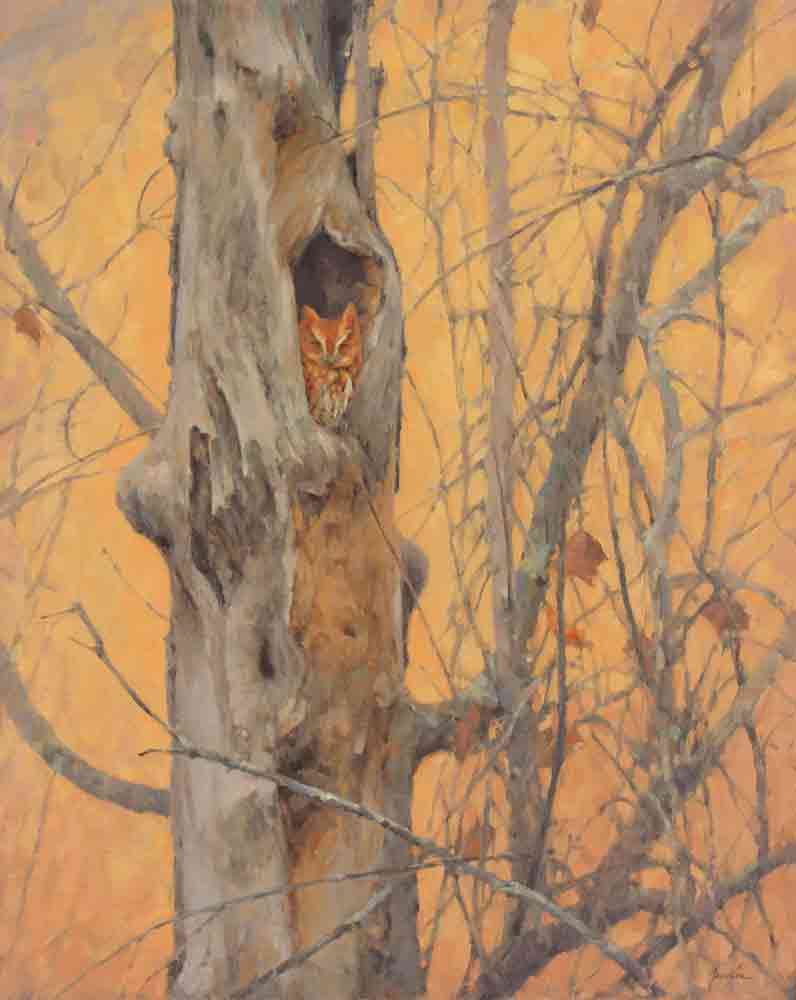 This little red-morph Eastern Screech-Owl was a resident one winter at a local nature preserve near Albany NY. Most days he could be seen perched in the mouth of a hole in an old weathered stump, just about five feet off the ground. I had to visit twice to get a good view and photographs of him. But the original inspiration for the painting had been a soft and blurry but evocative iPhone photo that a friend had taken, which was posted online. With his I started to work on an interpretation of his photograph – pushing the color relationships to evoke a November morning – with warm ochre and sienna background colors that resonated with the cooler grays of the stump. It was long after I had established the framework for the painting that I went to find the bird myself. But I remained true to my original interpretation, even with many photographs to inform my rendering.