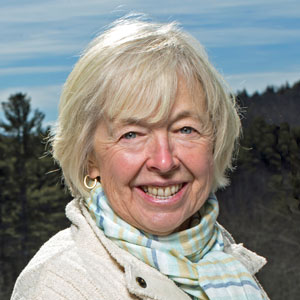 Growing up along coastal New England, Cindy House was influenced by her mother, a natural history teacher and photographer. House had a passion for birds, choosing to study wildlife biology when she enrolled at the University of Maine. Without formal training, she began her career as an illustrator, working on numerous bird books including the National Geographic’s Field Guide to Birds of North America and Peterson Field Guide to Warblers. After illustration, the focus of her art evolved from watercolors to the medium of pastels and the depicting birds in their natural habitats. She spends many hours in the field searching and photographing the subtle beauty in the landscape. In the studio, she uses her photographs as reference to recreate the moment she experienced for her viewers. House knows that pastels are thought of as fragile but being the purest form of pigment, once under glass, pastels are the most permanent of all mediums.

Her paintings have been accepted into the prestigious Birds in Art exhibition at the Woodson Art Museum where, in 2018, she was named Master Artist. Her pastels have been featured in solo shows at the Butler Institute of American Art and the Museum of American Bird Art. She is a Master Pastelist, Pastel Society of America (PSA), member of the Master’s Circle, International Association of Pastel Societies (IAPS) and of the Society of Animal Artists (SAA).
Awards for her work include the Prix de Pastel from IAPS, Jack Richeson & Co. Silver Award, PSA, twice winner of the First Place, Landscape, Pastel 100 Competition, The Pastel Journal, Western Art Collector Magazine Editor’s Choice Award, Art and the Animal Exhibition, SAA, and Silver Medal, Annual Regional Juried Exhibition, Guild of Boston Artists.
House and husband, Eric Derleth, a wildlife biologist, live in New Hampshire. 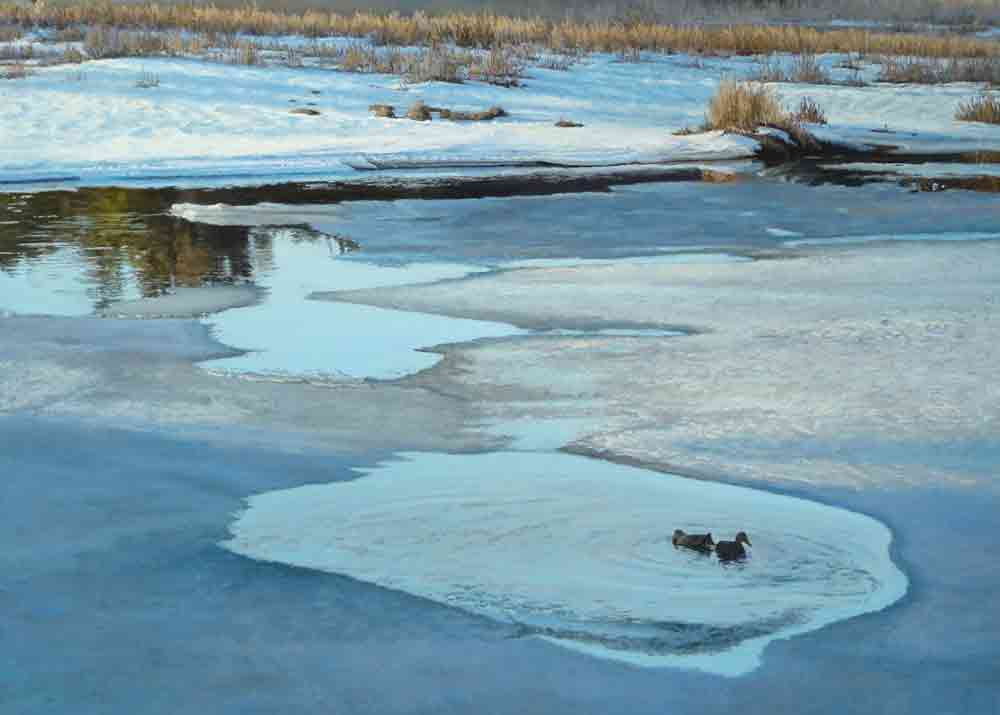 Some paintings compose themselves and it was true in this instance. Early spring black ducks were feeding in an open pool of water. There were, however, several aspects of this scene that were particularly challenging to depict: low light skimming across the snow and the melting ice together with the accompanying shadows. 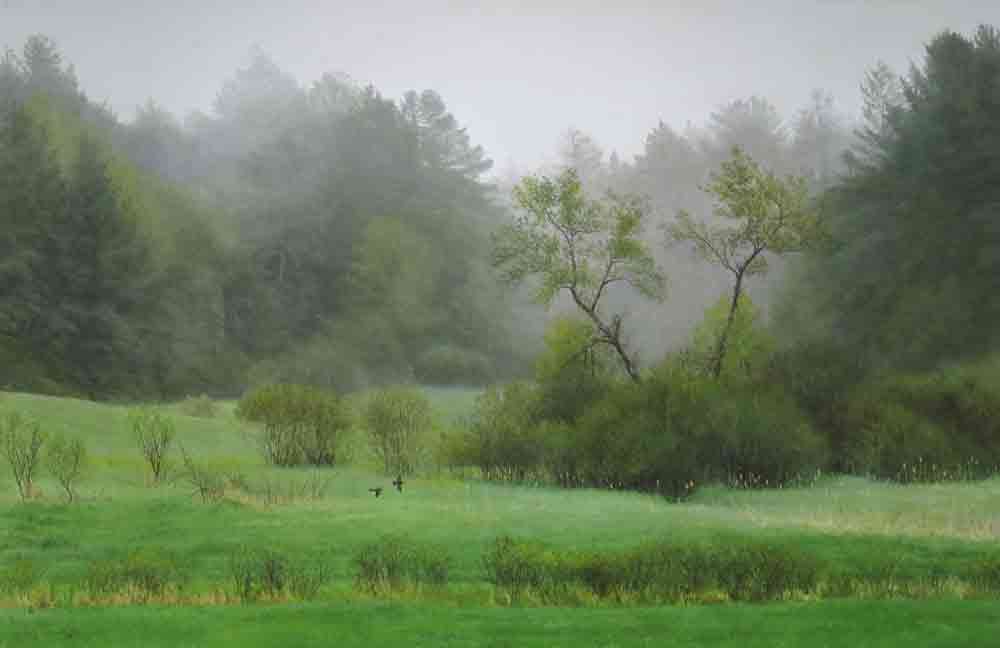 An early morning fog settling over a spring landscape harmonized the many and varied greens of the new vegetation with that of the ever-present darker green of the conifers. The antics of the Red-winged Blackbirds were another story. Males vied with one another for the best territories and harmony was the last thing on their minds! 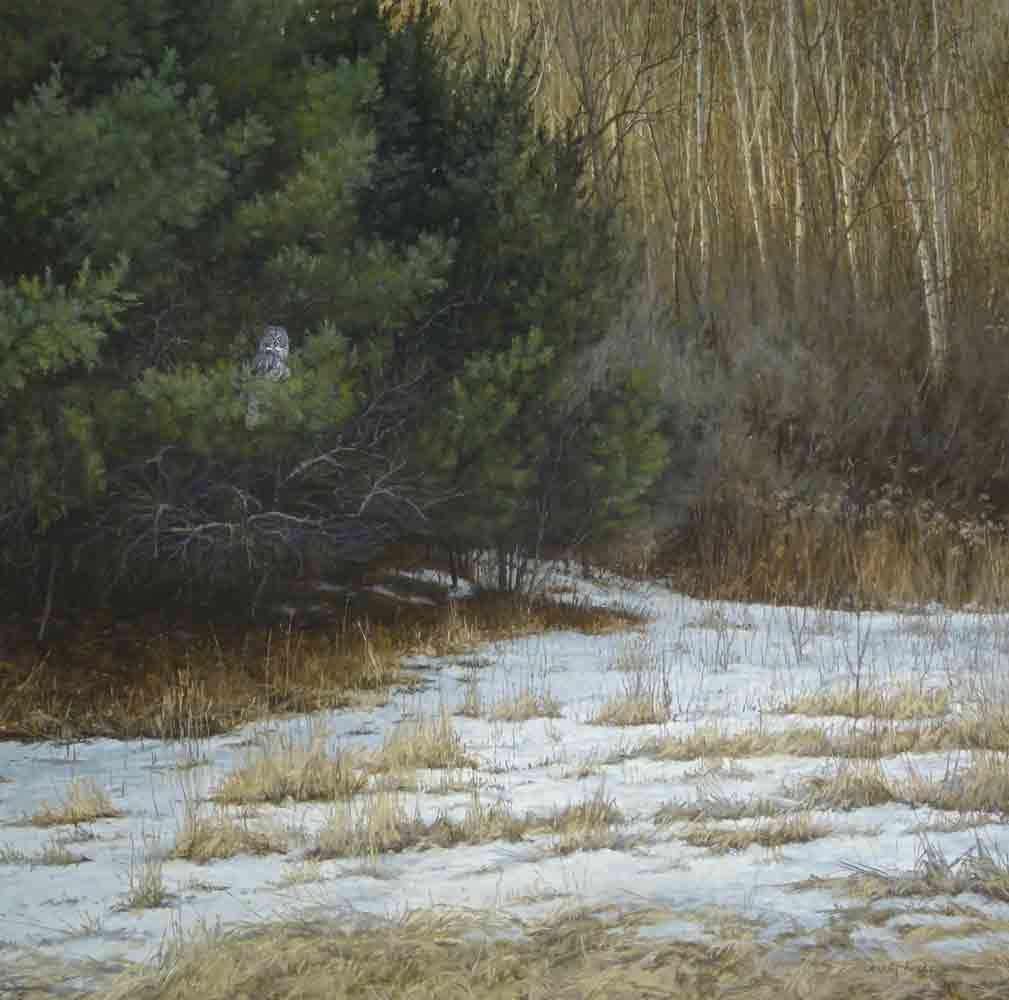 Encounter with a Great Gray Owl