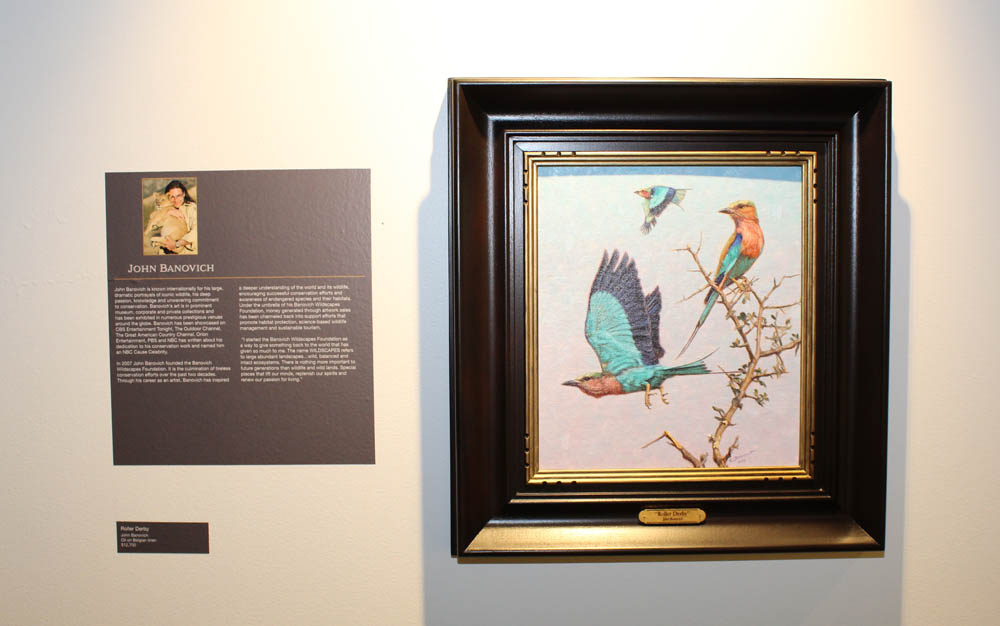 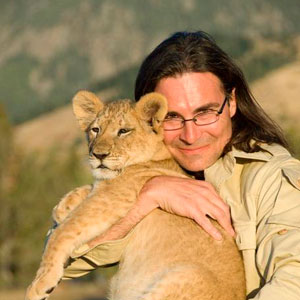 John Banovich is known internationally for his large, dramatic portrayals of iconic wildlife, his deep passion, knowledge and unwavering commitment to conservation. Banovich’s art is in prominent museum, corporate and private collections and has been exhibited in numerous prestigious venues around the globe.  Banovich has been showcased on CBS Entertainment Tonight, The Outdoor Channel, The Great American Country Channel, Orion Entertainment, PBS and NBC has written about his dedication to his conservation work and named him an NBC Cause Celebrity.
In 2007 John Banovich founded the Banovich Wildscapes Foundation. It is the culmination of tireless conservation efforts over the past two decades. Through his career as an artist, Banovich has inspired a deeper understanding of the world and its wildlife, encouraging successful conservation efforts and awareness of endangered species and their habitats.
Under the umbrella of his Banovich Wildscapes Foundation, money generated through artwork sales has been channeled back into support efforts that promote habitat protection, science-based wildlife management sustainable tourism.
“I started the Banovich Wildscapes Foundation as a way to give something back to the world that has given so much to me. The name WILDSCAPES refers to large abundant landscapes…wild, balanced and intact ecosystems. There is nothing more important to future generations than wildlife and . Special places that lift our minds, replenish our spirits and renew our passion for living.”
– John Banovich, Artist/Conservationist 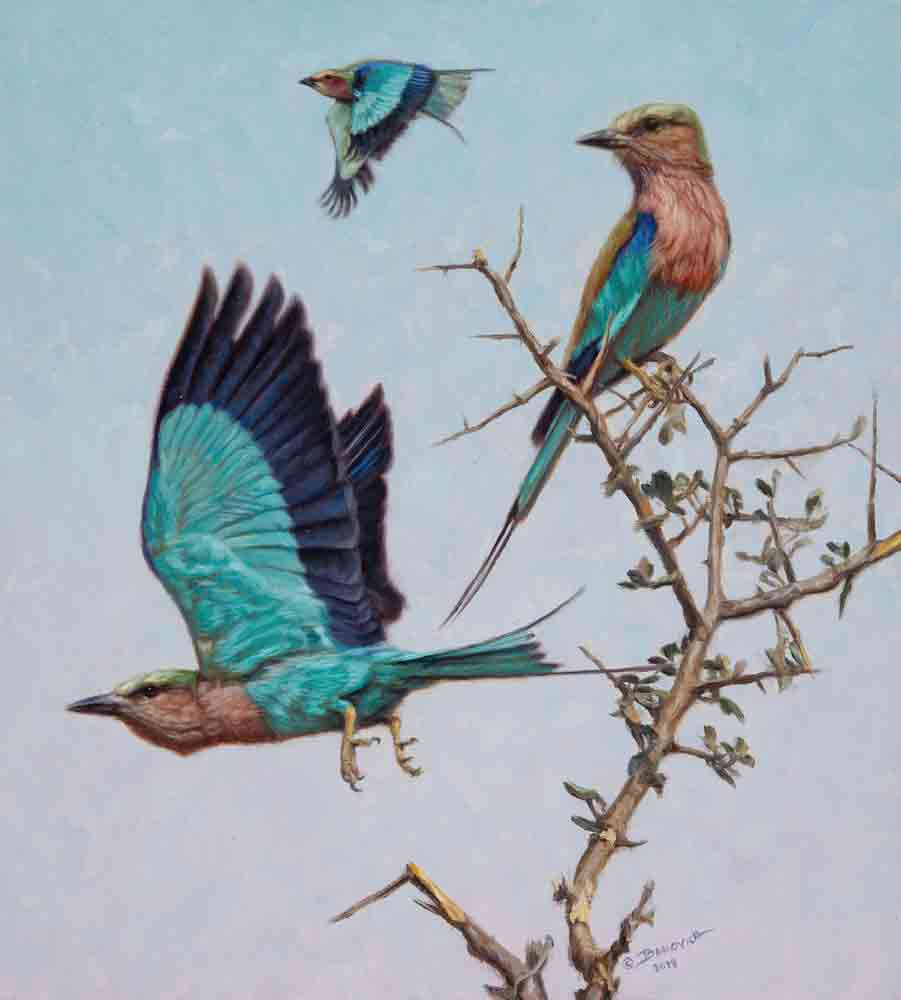 I truly believe that the continental bird of Africa should be the Lilac Breasted Roller. It epitomizes all the majesty of color found throughout this rich and abundant continent. Its acrobatic flight, raucous call curious attitude have endeared it to both locals and visitors of sub-Saharan Africa. The colors of this extraordinary bird are beautifully complimentary and so rich that its plumage seems to have been colored by Matisse.