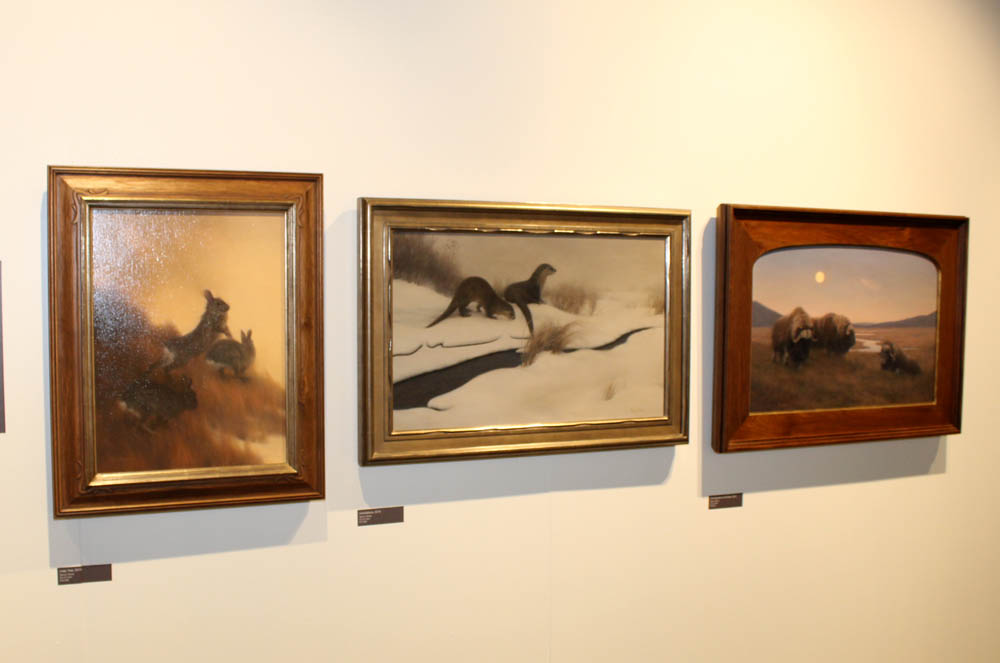 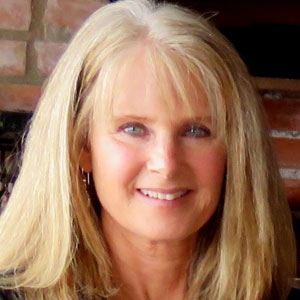 Nancy Howe is a self-taught artist who began developing her art in 1988 from her rural studio in Vermont. Her paintings in oils, which span the range of subjects from animals and birds, to landscape, still life, and figures, exhibit a refined quality of realism often described as suffused with light, exquisitely textural, and having a quiet presence.

Her paintings have become part of several museum permanent collections, including the National Museum of Wildlife Art and the Leigh Yawkey Woodson Art Museum. She has been the recipient of numerous national exhibition awards, including Oil Painters of America’s grand prize, the American National Award of Excellence in 2003, and several regional OPA awards since 2009. In 1990, Howe made history as the first woman artist chosen in the history of the U.S. Department of Interior’s Federal Duck Stamp Program established in 1934, painting the winning design for the 1991-2 revenue stamp.

Howe has had work juried into the Leigh Yawkey Woodson Art Museum’s international bird and wildlife exhibitions since 1990, and in 2005 she was honored as Birds in Art Master Wildlife Artist. For many years she was an exhibiting artist in the International Masters of Fine Art Invitational in San Antonio, Texas, the Artists of America show at the Colorado History Museum in Denver, CO and the Great America Artists Exhibition in Cincinnati Ohio.

In 2007, she created a fundraising cultural painting project, Painting a Brighter Future for Women, that currently supports programs empowering women in native communities in Kenya, Bhutan, and Panama. 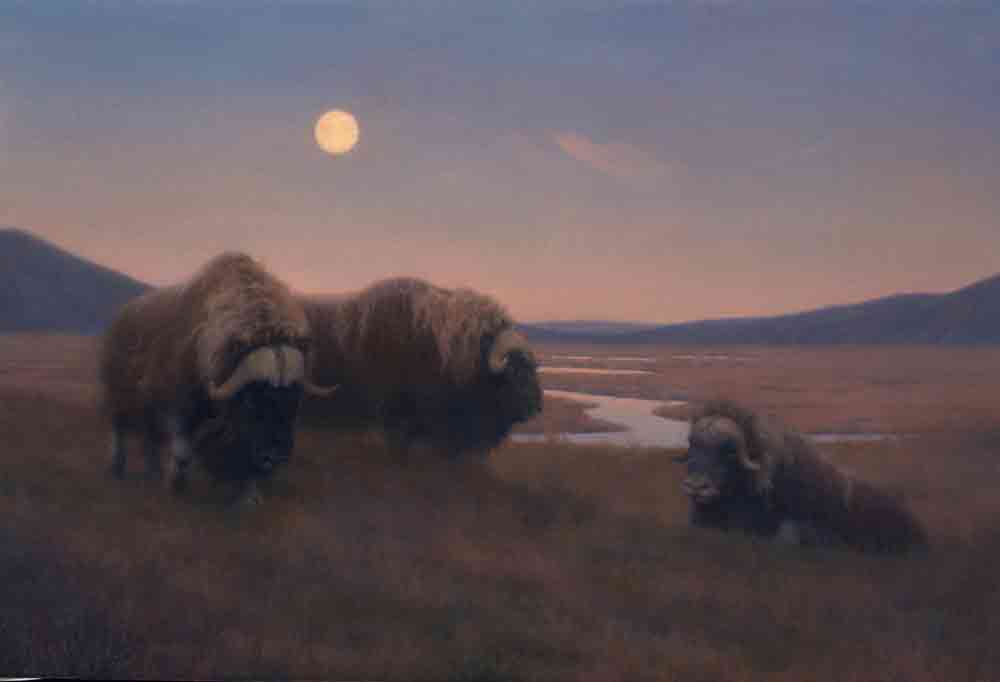 Oomingmak on the Rise

Muskox living Stone Age fossils that coexisted with the mastodons and mammoths and are one of the few species of Pleistocene megafauna in North America to survive extinction. To the Inupiaq speaking people of the native Arctic cultures the , meaning hairy one or bearded one, is a symbol of strength and survival. I envisioned expressing here an atmosphere of silence, as the Alaskan landscape seems to hold its breath and wait in the quiet of twilight for the nightfall. 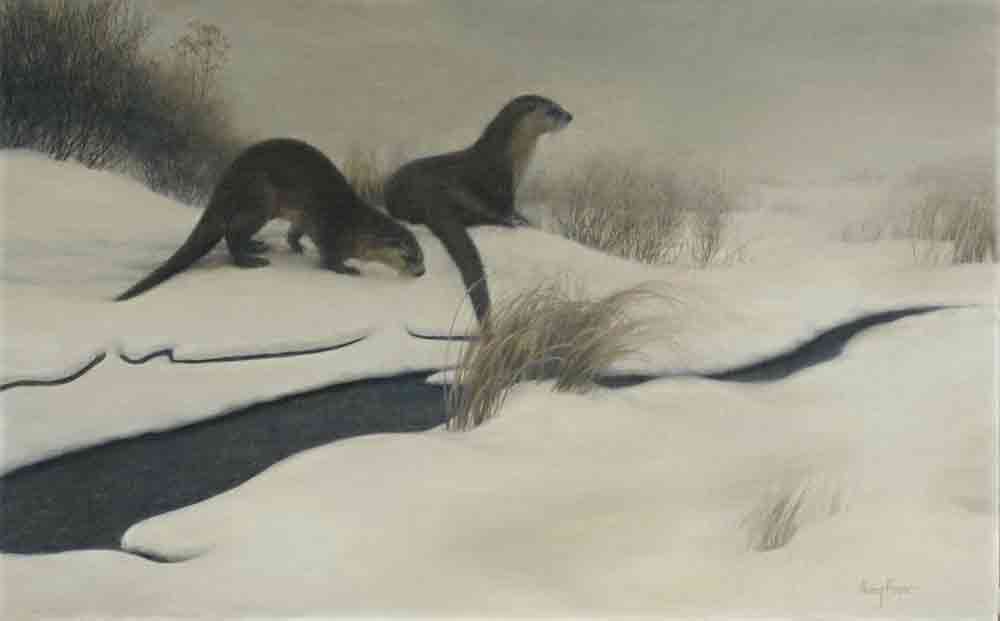 The painting, inspired by a trip to Algonquin Provincial Park in Canada, focuses on a pair of river otters scouting a thread of slow-moving open water for winter food. The idea for the composition came from a reference photo of a beautifully contoured little stream, the bank along it broken in places and etching the snow like calligraphy. The intention was to create a harmonious pattern of undulations in the design of the water, the landscape, and otter shapes. Because winter often has a palette of browns and grays, the emphasis in this painting was focused on the strength of the design. This was not the cheerful otter piece I always envisioned painting one day, but a quiet, evocative, lyrical one. 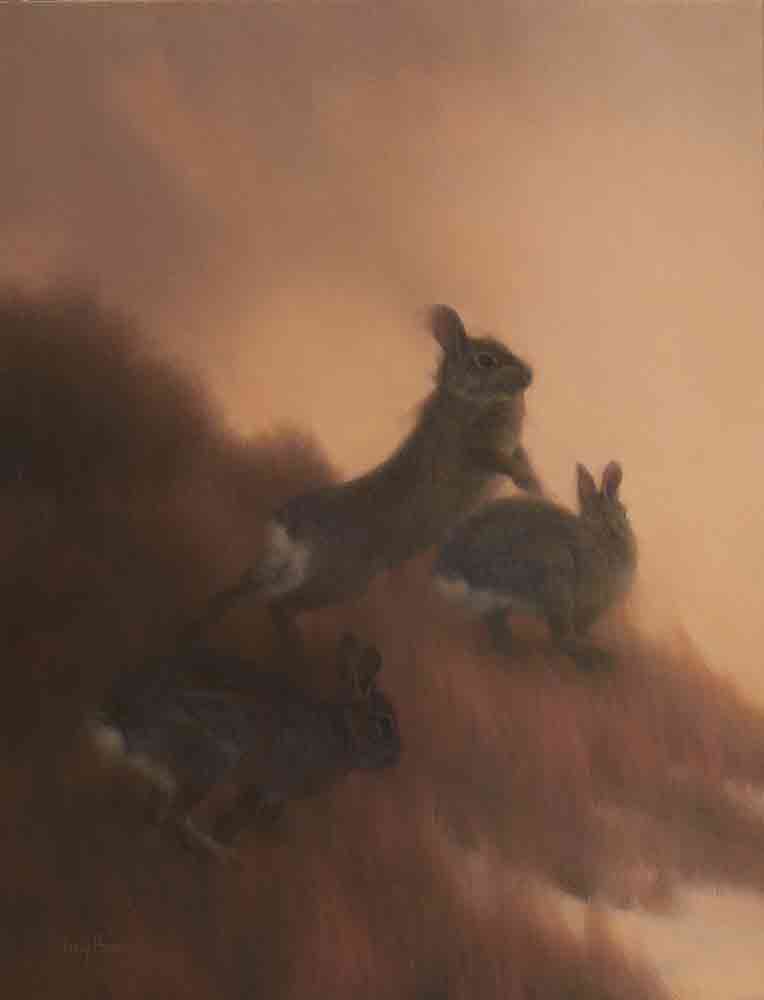 My painting of cottontail rabbits was inspired by a friend’s backyard visitors that captivated me as they tussled with feeder birds and squirrels vying for the free seed. The painting weaves their leaps and bounds into the fabric of a moody tonalist landscape. The composition relied heavily on imagination, and as I worked toward the image I envisioned, I needed to accommodate the twists and turns of the path the painting seemed to take on its own… like that of an evading rabbit!