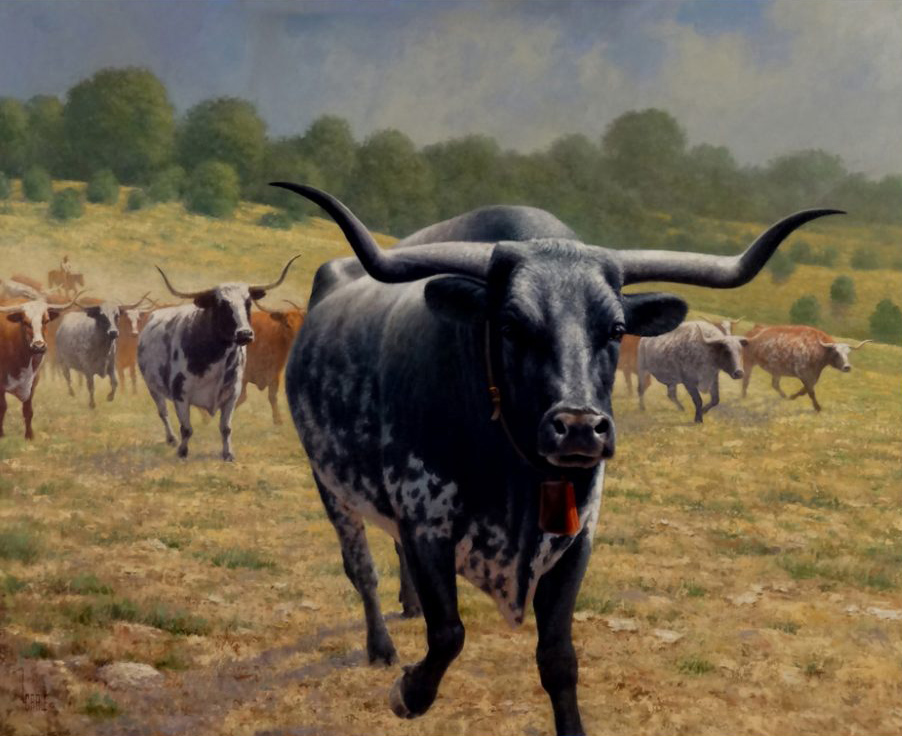 Old Blue was a Texas Longhorn steer. He was only three years old when he led his first cattle drive to Dodge City, Kansas. A copper bell hung around his neck. The herd would fall in behind his long stride following the clanging bell. For eight years he led drives into Kansas. He became a fond pet of the cowboys, visiting the campsite for handouts, many times sleeping near the chuck wagon.